How are you all? As you know that the Covid virus has pretty much disrupt many of our lives, I was not able to travel anywhere until the vaccination was available. Even though the vaccination doesn’t prevent us from getting infected, however it offers a better protection and more importantly allow us to continue our lives, with precaution of course.

After 2 years of being grounded in my home land, I decided to take a trip to continue my flying adventure. This time I decided to be more adventurous by flying to the U.S the long way which includes flying over the trans-Atlantic for the first time. Here are the airlines that I will be flying on 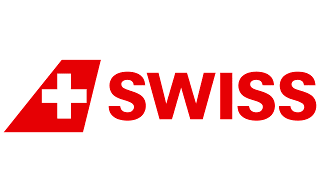 My initial plan was to fly on the airline's scheduled Boeing 777-300ER to ZRH and then the ZRH-LHR-ZRH sectors for the Airbus A220-300, however, the airline adjusted the schedule and moved my flight to a day later, not just that, the aircraft were changed too, from Boeing 777-300ER to A340-300 and the A220-300 was changed to A321NEO. I was keen on flying the A321NEO but not so much of the A340-300. However, on the return flight from London, I would still be flying with Swiss Airlines, with the aircraft scheduled unchanged. (223 and 77W) 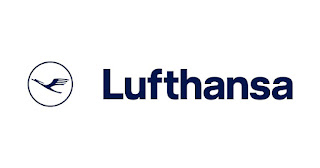 Later on in January 2022, I decided to reschedule my flight to an earlier date and the Lufthansa flights via MUC caught my attention. I would get to fly on the airline's A350-900 and A320NEO, so after much consideration, I decided to go for this route but of course things can change. I would switch my flights to LHR back to Swiss if the A340-300 is changed back to the Boeing 777-300ER. In March, another round of changes which I will elaborate more later on and my flight to Munich was cancelled and I was rerouted to London via Frankfurt. After checking the flight schedule, I noticed that Swiss Airlines is operating on the same day as my updated flight, so I decided to switch back to flying with Swiss Airlines and I wasn't charged for the change. On March 24th, my flights to london were to be operated by A340-300 and A220-300 while for the return flight, A320NEO and Boeing 777-300ER and hopefully no more changes.

I have been wanting to fly with Virgin Atlantic for a very long time, and finally I booked myself on the airline’s A350-1000 and B787-9 flights on one of the world's popular routes. To end my U.S Trip with a bang, I decided to upgrade my return flight to Premium on the airline's 787-9 Dreamliner. Later on, both flights had been change to A330 but luckily I manage to change my outbound flight back to A350-1000 but for the return flight, I just have to hope for another aircraft change.
Adding on to the list, Jetblue Airways!
I chose the airline’s Airbus A321NEO flight configured with the mint class, but will be flying in economy class instead. This has to be one of the airlines I want to fly for a very long time. Even though it has its fair share of criticism, I am sure it makes up for it with its impressive products especially the mint (Business class). In March, my flight with American from JFK to BOS was cancelled so I had to find a replacement flight and I chose this airline’s ERJ-190 to take me to BOS. 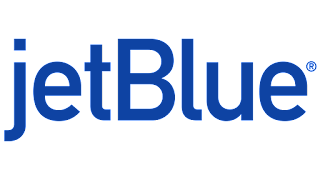 I had a tough time deciding which airline to fly for the Boeing 757. I decided on Delta Airlines as the airfare was cheaper and also I get to fly on both 767-400ER and 757-200. I bought the refundable ticket just in case the aircraft gets change. The airline since the booking date had make many changes, and currently I am still able to fly the aircraft types I desire. 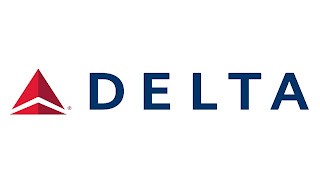 Lastly, I decided to add Southwest to my list. I wanted to add in Spirit too but the ridiculous fees and the poor flight timing let me with little choice but to fly with the airline next time. In March, Spirit and Frontier announced their intention of merging, that's a huge news in the aviation market, so I have another reason to fly back to the U.S in the near future. Later on, Jetblue decided to make a bid for Spirit, but whether that happens, at this point, nothing is decided. 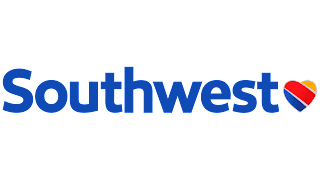 I always wanted to fly with this airline for a very long time and now I manage to find a day to do a quick round trip from New York. In addition, I would also be using La Guardia (LGA) airport, another new one to my list. At this point of time, I was ready to fly the 737 MAX especially hearing lots of positive feedback about the aircraft. Initially, this aircraft is nowhere to be seen in New York, most or all of the 737MAX are based in the west coast. However, I received an email regarding the changes to my flights and apparently I be flying on the 737 MAX 8 after all. I choose Tampa as my destination as it offers the best flight timing for both inbound and outbound and the airfare for the refundable fare is reasonable. 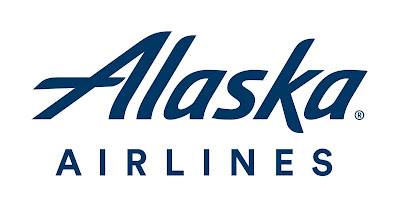 Somehow I managed to squeeze one more flight to my packed itinerary. On the 2nd last day of my U.S trip, I will do a return flight from JFK to SEA and return spending half day at Seattle, a city that I wanted to go for along time, if time permits, I plan to visit Boeing's factory. I would be flying on the airline's 737 MAX 9 and the Airbus A321NEO and that is provided the flights don't change. In March, my MAX 9 ride had changed to 737-800. Let’s see if there are further changes.
Finally, I decided to change my Delta Airlines SFO-JFK route to LAX-JFK and add one more flight, SFO to LAX to complete my flying adventure. The reason for this is to fly the Boeing 767-400ER both ways. However, the airline decided to change the aircraft type on the LAX-JFK back to 767-300ER, I decided to change to a route with a 757-200 part of the deal! This would be LAX-JFK via MSP. It may cost $50 cheaper but I would reach JFK almost close to midnight. The flight from LAX to MSP would be flown by the 757 while the Airbus A321CEO would do the 2nd leg. Flying the 757-200 is important as my original flight from BOS-ATL has been changed to the airline's newest aircraft, the A321NEO.
For the SFO to LAX sector, because my arrival into SFO is at 1900 hours, I can only select the evening flights. The only choices are United Airlines and Alaska, with the latter about $10 cheaper. As both airlines are scheduled to operate the A320, I decided on Alaska Airlines as the Seattle based carrier announced the withdrawal of the A320 family and Q400 in favour of ERJ-175 and Boeing 737.
My flying adventure for summer 2022!
My updated routing: SIN-ZRH-LHR-JFK(New York) LGA-TPA-LGA(New York) JFK-LAX-JFK-BOS-ATL-SFO-LAX-MSP-LGA (New York) JFK-SEA-JFK-LHR-ZRH-SIN 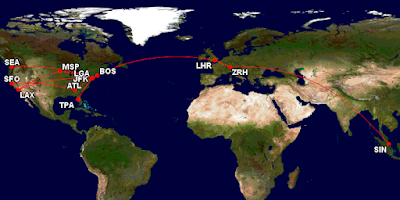 Total miles: 38,706
Total number of flights: 18
Number of airlines: 6 (Swiss Airlines, Virgin Atlantic, Delta Airlines, Alaska Airlines, Jetblue, Southwest)
Aircraft types: Airbus A220-300, A320CEO, A320NEO, A321CEO, A321NEO, A340-300, Boeing 737-700, -900ER, MAX -8, Boeing 757-200/-300, Boeing 767-400ER and Boeing 777-300ER
Number of airports: 12
You guys must be wondering, why am I flying out of JFK numerous number of times, well the reason is mainly for Delta's Boeing 767-400ER and Boeing 757 flights and the flight timing suits me better than flying out of EWR. I will fly out of EWR the next trip.
It is going to be a hectic trip especially with the covid situation ongoing, but I will take up the challenge and just do the most important thing of travelling - enjoy!
Later on I will be reviewing each airline for the booking process and how I rate each airline's booking app and the website.
Unfortunately, during my trip. I had to cancel a couple of flights from Southwest, due to bad weather at Tampa and New York on the returtn flight. I glad I did that because the airline cancelled the return flight and if I went ahead with the trip, I would have been stranded at Tampa and possibly missing my Delta Airlines 767-400ER flight the following day.
(I will do an overview of this trip in the near future.)
After my summer trip, it is likely that I be making a trip to London at the end of the year. Qantas and the Airbus A380 looks likely to win my vote to flying there. Singapore Airlines would be my 2nd choice. However, the lure to flying on a new carrier is too much for me to give it a pass. Now I need to wait for the price to be right before making the commitment, most likely I will settle this in July/August period. It all depends on the situation especially with the Russian war with Ukraine, things may change.
(August 2022 update: Semtember Getaway)
I have booked a short trip to Thailand in September, just a little get away with my partner. I decided on the SIN-HKT-BKK-HKT-SIN route to fly on Singapore Airlines Boeing 737 MAX 8 and also with Thai Vietjet and Thai Smile to take advantage of cheap fares and my partner's willingness to do a bit more flying with me.
So this will be my September trip! 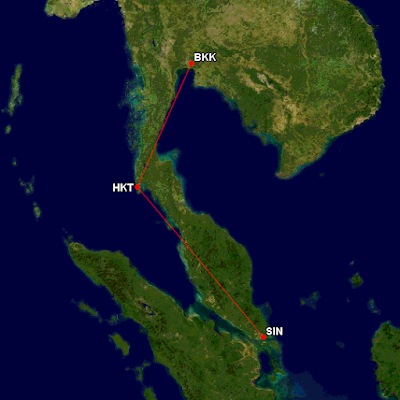 Total miles: 2,048
So far my London trip in November/December has been put on hold, due to some personal reasons. If I don't make it to London during that period, my next trip will most likely take place in May 2023, I am planning another blockbuster trip just like this year. More details to come.
Wish you all well!
Charles
Posted by Charles Ryan Teo at 23:44