Welcome to my trip report on the infamous 3-4-3 Y Class experience!

This aircraft was photographed by Paul at Los Angeles. This livery has now disappeared from the skies, sadly.

During this time, it was a period of grief. I had to take a break and head somewhere. Considering the prices and location, I decided to spend 2 weeks where I feel comfortable, that would be Taipei. I decided to this trip report because one of the sectors would be flown on the 3-4-3 configured Boeing 777-300ER. Why did the airline decide to add this configuration to the fleet? Well for economical reasons and it would be deployed on popular routes require demand. It is still cheaper operating this aircraft than the A380.

EVA Air made a change in the CEO of the group with Chang Kuo-Wei who is now the CEO of Starlux airlines (New Taiwanese carrier to start flights from October 2019 onwards) replaced by Lin Pang-Shui. A new set of uniform was revealed in November 2017 and recently the airline took delivery of 3 Boeing 787 Dreamliner dash 9 aircraft with 20 confirmed order for Boeing 787-10 with 6 more on option to come.

I did my booking via the airline's IOS app, it was a smooth transaction. As flights on Taipei - Singapore sector are operated by Boeing 777-300ER, they can be operated by all 3 different configurations 777 aircraft.

When I saw this flight I booked was operated by the 3-4-3 configuration, I knew I have to go for it, at least have an experience on it to do this trip report. Of course aircraft could change but in the end, I got what I wanted.

Thanks to Flightradar24, I knew which aircraft I was going to fly on. 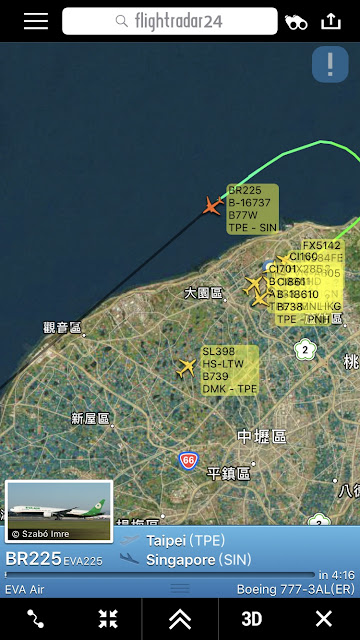 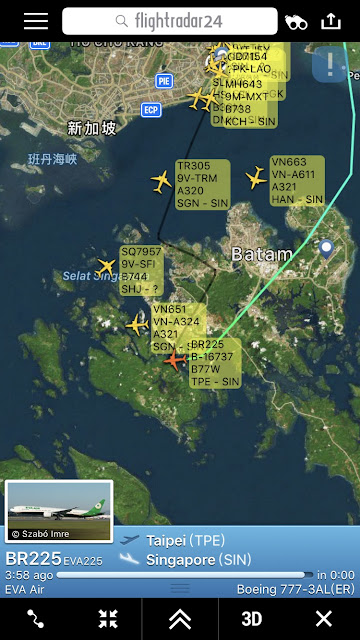 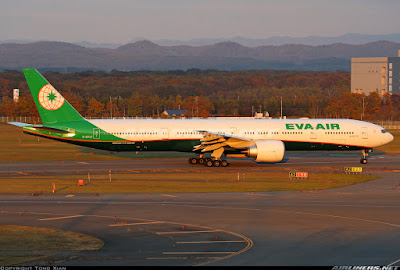 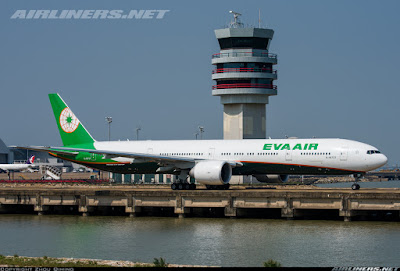 What I dislike about flying out of Changi Airport is security checks located at every holding room in each departure gate, and furthermore, most gates do not have toilets inside the gate, causing inconvenience to the passengers. Still prefer security to be held just after immigration checks, crowded it may be, but at least you are free to roam around until the boarding time.

Boarding commenced early, the holding room was crowded, which means one thing - uncomfortable ride to Taipei. Greeted by the pleasant Taiwanese crew, I made my way to the seat. Both seats beside mine were fill up, fortunately for me, a young girl was sitting beside me which means I won't have to be squeezed!

This 3-4-3 seating configuration is most passengers' least favorite for flying but great for the bean counters at the airline. 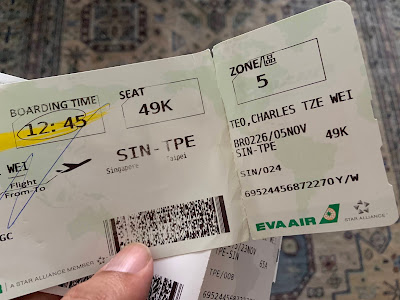 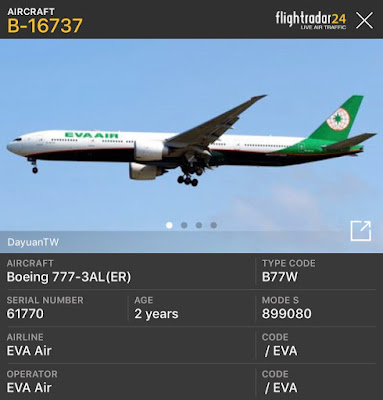 ( Somehow some of my photos of Y class are missing, so for now, no photos of the cabin)

Once on board, I was greeted by the hardworking crew. Service on EVA Air has improved compared to my first flight with this airline. For this aircraft, Business (Royal Laurel) Class and Premium Economy (Elite) Class

This was my seat, pretty lucky to be sitting someone of small size (little girl), it was not too bad in terms of comfort. 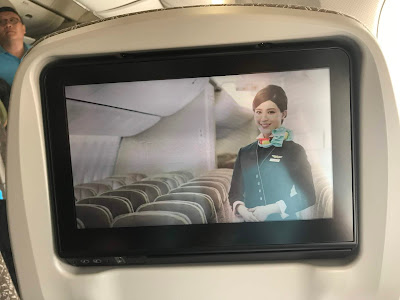 Pillow was provided for this 4 hours sector 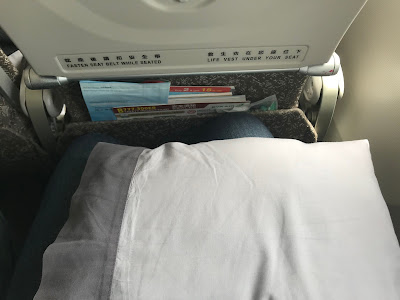 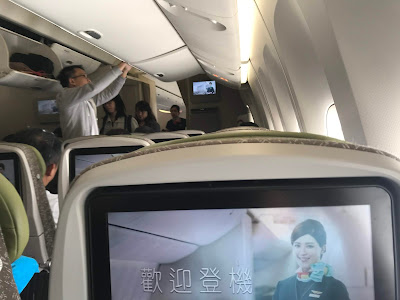 For the Premium Economy and Business Class, the products are the same as the 3-3-3 Y class configured Boeing 777-300ER.

The 2-4-2 configured Elite Class is worth the upgrade over the Economy section. 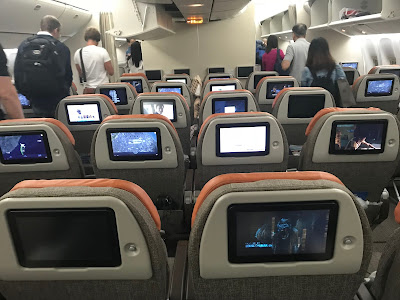 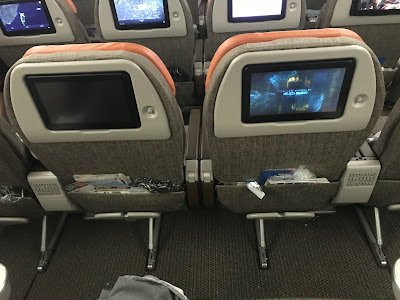 I prefer these seats over the LOT Polish' Premium Economy Class 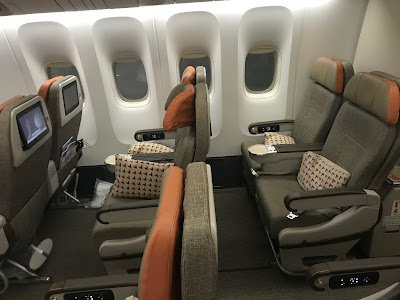 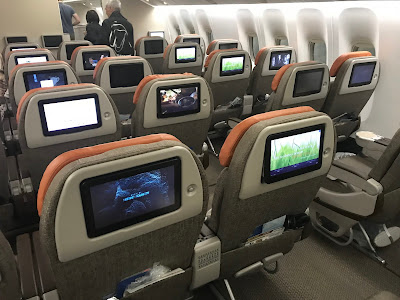 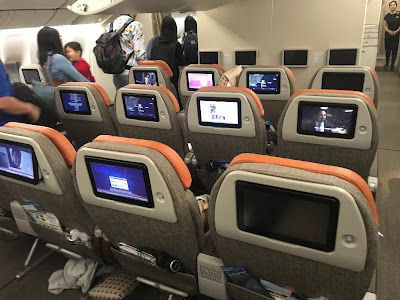 The comfortable 1-2-1 J class cabin, what's the best thing? No middle seat and every seat gets aisle access. 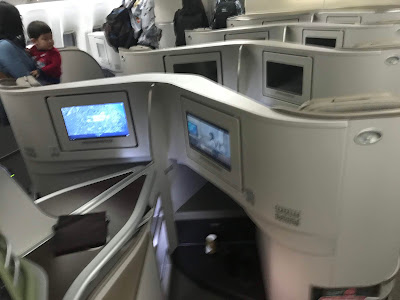 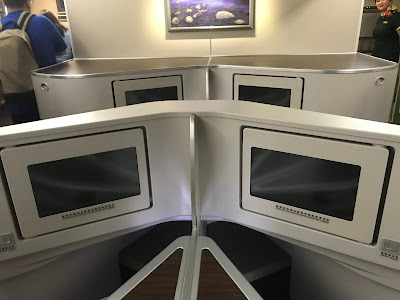 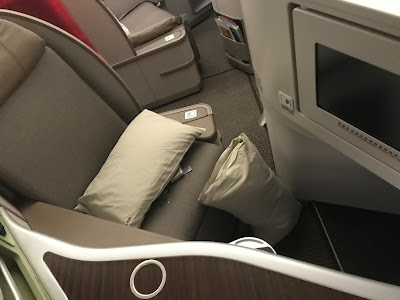 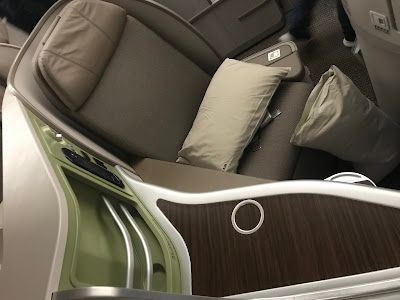 One disadvantage of these seats is you can't sit as a couple. 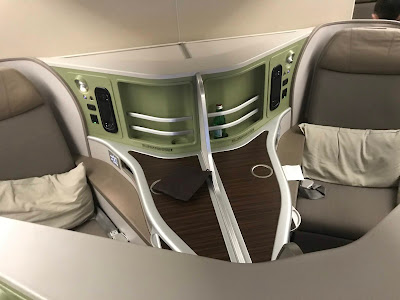 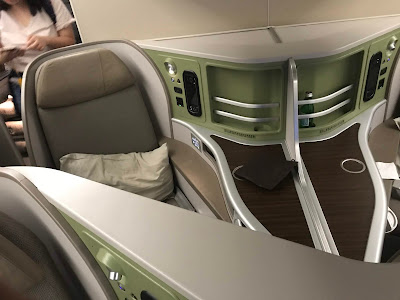 The flight was smooth for most parts and the cabin attendants were kept busy throughout the flight. Not easy to handle this full load of happy passengers dominated by Taiwanese. For me, I was glued to the In-Flight Entertainment system so the 4 hours flight went past too quickly for my liking. That's a positive thing, right?

The IFE system is comparable to Singapore Airlines. Both airlines offering great value for comfort and entertainment, but usually home airlines charge more than foreign airlines. For flights to Taiwan, Singaporeans tend to look at flying either China Airlines or EVA Air there if they rule out traveling with the Low-Cost Carriers.

In-flight WIFI was available on my flight 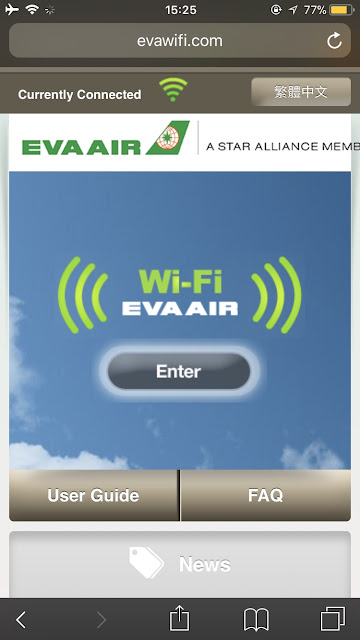 I had a choice between this (Chicken) and fish, I chose the former.

It was delicious, I ate up my meal very quickly in fact. 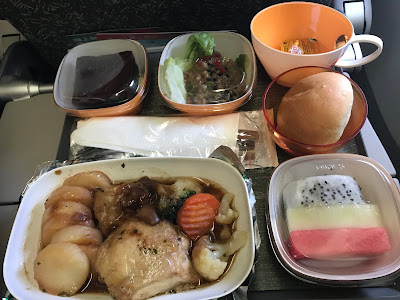 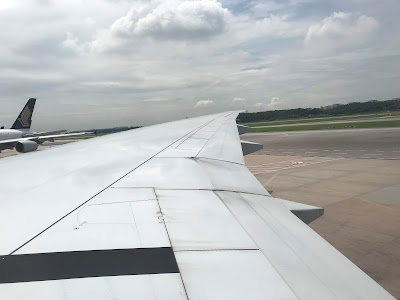 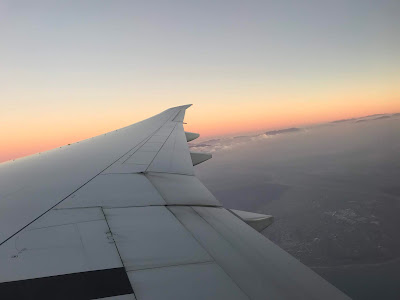 EVA Air is one of the top airlines in the world, it has improved by leaps and bounds ever since it joined the Star Alliance. However, the idea of implementing the 3-4-3 configuration on the Boeing 777 is disappointing. As much I like this airline, I will, however, try to avoid flying on this configuration (3-4-3) as much as possible when flying on Economy Class. Future of this airline looks bright, but there will be more competition when this new kid on the block (Starlux) starts operation in October 2019. This new carrier will give both China Airlines and EVA Air a good run of their money. It would be interesting to see the former EVA Air CEO competing against its former company! Exciting competition to come and I will, of course, have plans to fly on the new Taiwanese carrier.

Hope you enjoy this short trip report! I won't be doing the return sector trip report since the experience is very much similar to my previous flights with this airline.