Breaking my Virginity with Virgin Australia (Sydney to Gold Coast)

Welcome to my Trip Report on Virgin Australia!

Thanks to Scoot's low airfare, I could do some joyrides in Australia and the airline that immediately came into my mind was Virgin Australia. I always have a soft spot for this airline and the chance to try out this airline came, I decided to grab it. Comparing the airfare with Qantas at that time, the prices was about the same if you add in the check-in luggage 15KG, otherwise cheaper if you buy the discounted fare and checking in without luggage.

Now, DJ has so many flights on this route and which flight should I choose? I decided, base on the aircraft type. Originally this flight was supposed to be operated by Boeing 737-700, but the aircraft was changed to the Boeing 737-800 a few weeks before my flight. Disappointed I was, but at least I had caught my first Boeing 737-700 already and that was with SAS. However, it would have been nice to add a 2nd airline to that aircraft type. Well, life goes on. For the special fare I had gotten, it was not worth paying A$60 to change the flight! It turned out to be a blessing in disguise. Read on to find out why!

Sorry for the lack of photos deleted them by mistake. Anyway, the website itself is easy to use, no problems at all. Nothing much to shout about really. As for the mobile version, I was disappointed that I couldn't make my booking on it, kept having errors after filling up my credit card details. 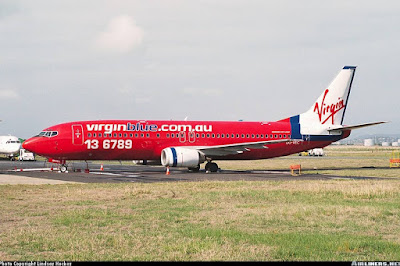 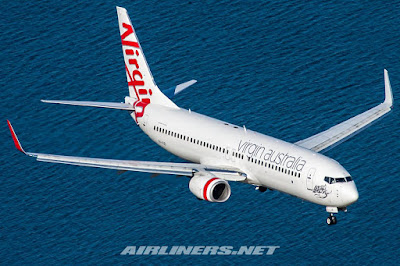 I met up with a friend, Kenny who took good care of me during my time in Sydney. We met up for some plane spotting before heading to the beaches to check them out. I always have a thing or two for beautiful beaches.

After the tour, we had lunch before he dropped me off at T2 domestic terminal. Here are some of the photos of the terminal. 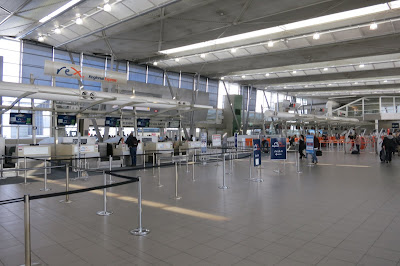 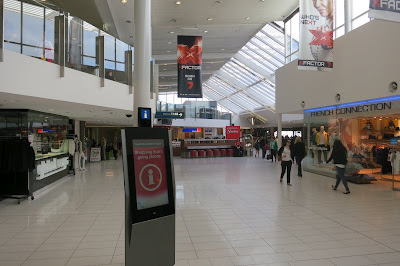 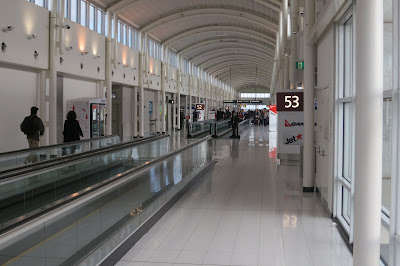 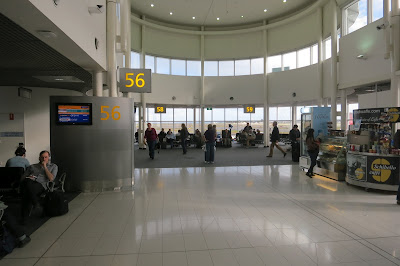 There is the self-check-in Kiosk and of course the check-in counters for you to collecting your boarding pass and drop your baggage. For this case, I just had my carry-on, so I went to collect my boarding pass. 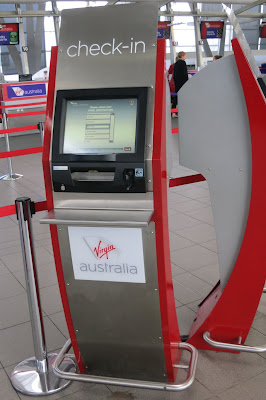 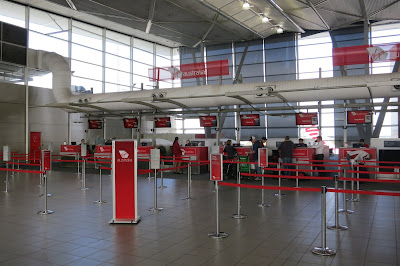 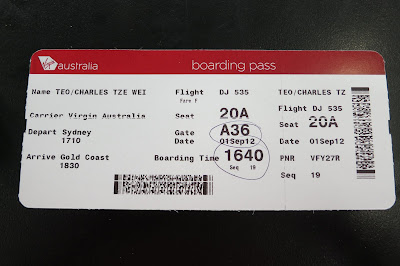 I did some walking around the concourse of both Qantas and Virgin Australia. Sadly, no special livery aircraft to be seen! Anyway, soon I made my way to my gate. I was hoping for the Boeing Sky Interior 737-800 which I didn't get. 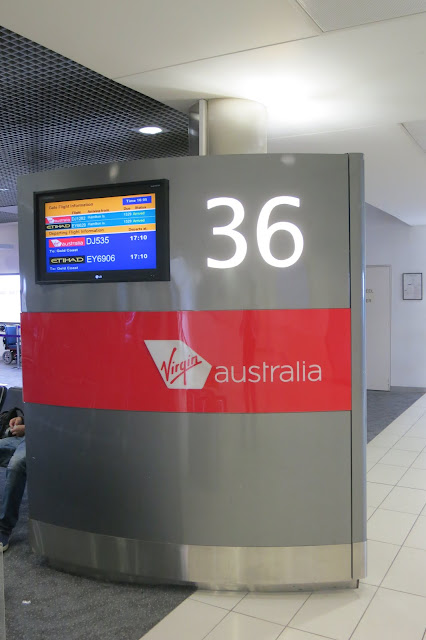 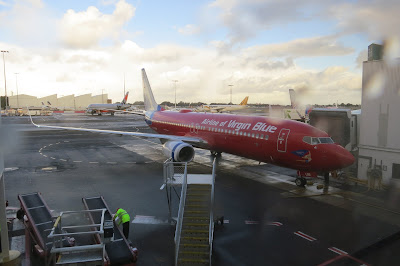 I was quite happy to have gotten this aircraft, to be honest. Not complaining at all, at least I got the Old Colours of Virgin Blue and also an ex-aircraft of Pacific Blue!

Boarding starting shortly, I made my way to the aircraft and gotten the window seat on the left-hand side. Most seats were occupied and I was lucky to have the middle seat empty. One thing that came into my mind was the PTVs on the 737! It was definitely the first for me. Here are some of the cabin photos, not too many shots though. 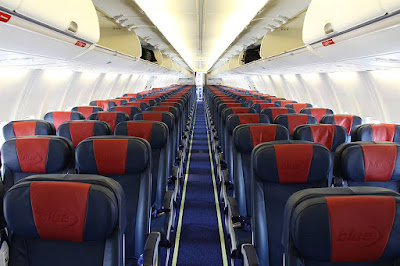 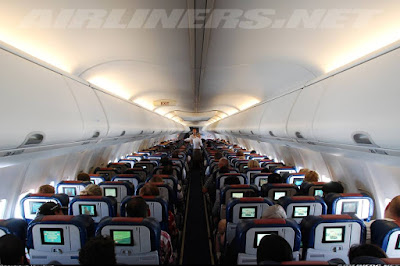 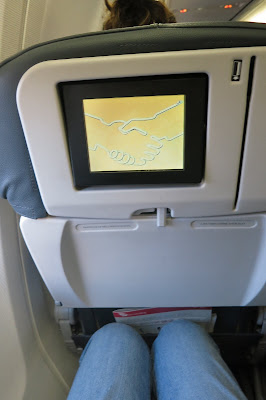 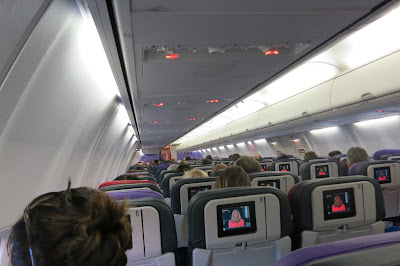 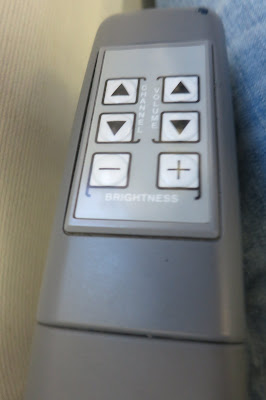 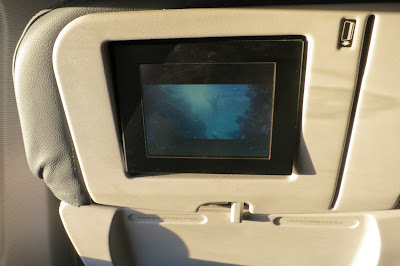 Very tight legroom space if you ask me, but the leather seat is quite comfortable, just like any others. 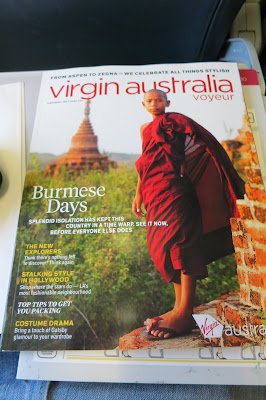 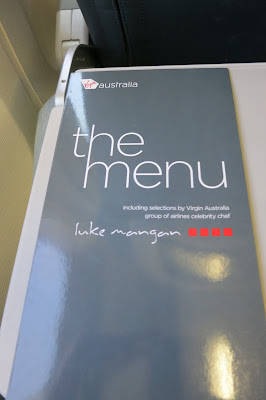 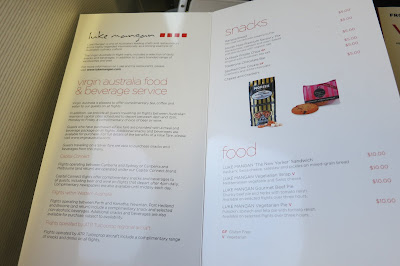 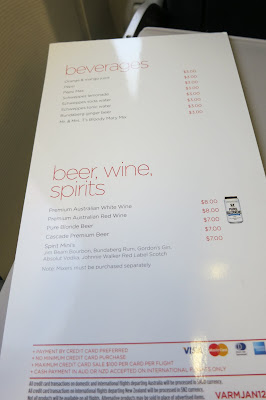 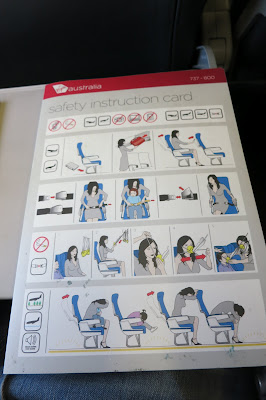 The plane departed on time and took off through the thick clouds, bits of bumps were felt but nothing bad. Personally, I find the CFM engines pretty noisy, for this case on this 737. Since this was a short flight, I didn't do much but to look out of the window and just watch the world pass by. The PTV was showing the news which didn't interest me, but it is certainly good for flights with more than 3 hours. Meanwhile, no complimentary drink or snack was served, there is a menu for you to order your snack or drink. I gave it a miss anyway.

There were 4 crews on board my aircraft. 3 ladies and 1 guy serving us. The 3 ladies were friendly and professional, while the guy was pretty stuck up and didn't seem to do much during the flight. While boarding the aircraft, only he didn't even bother looking at me. I have since sent a comment to the airline regarding this particular crew. Not only that, at the end of the flight, that crew looked like he couldn't wait for us to leave the aircraft. Totally unprofessional, one of the worst crew I have come across. My rating: 6/10 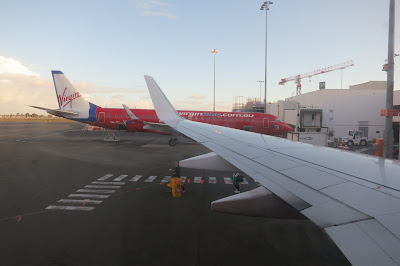 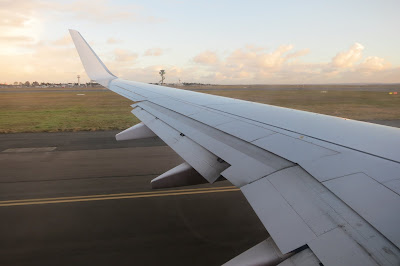 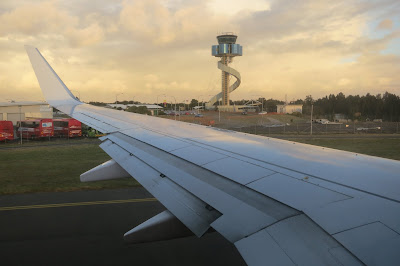 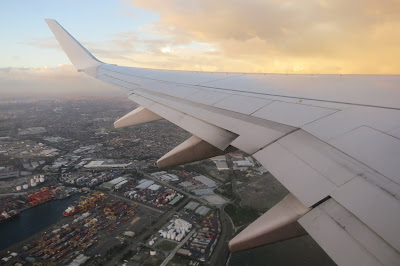 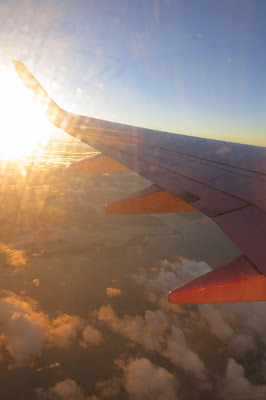 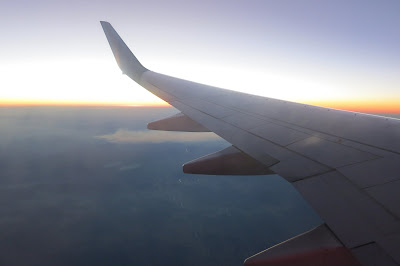 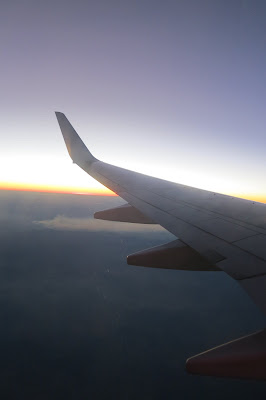 Unfortunately, no landing video or photos as it was dark by the time it landed. The landing was uneventful and we reached Gold Coast Airport on time and disembarked at a remote parking lot. It was nice to board and alight the aircraft from the rear and getting to see the aircraft in front of you. Anyway, all of us made our way to the arrival hall. Got to say, I like this small airport. Small but pleasant, that's the first impression I had.

Was it worth paying for the flight? Well, for A$89 without luggage, I think it is reasonable. Apart from the male crew, the service was great and it was what you expect from an Australian Airline, to serve others with smiles on their faces. This was my very first flight with an Australian carrier, comparing with the European carriers, the in-flight products and service are similar. The only thing disappointing was that there was no complimentary drink. Gone were the days before the LCCs were born, some snacks and food were served on board, but of course, the prices of the air tickets in the past were more expensive than now. Yes, I do recommend this airline. You can depend on this airline for its punctuality and good maintenance of aircraft. The condition of the aircraft is in tip-top condition and clean.

Next report: Flying with Virgin's E190