Royal Jordanian's Airbus A330-200 Experience From KUL To BKK

Welcome to my Trip Report on Royal Jordanian!

I was deciding on which airline would to become my 44th carrier. After some thinking, I decided to fly with Royal Jordanian on KUL-BKK route and at the same time I can fly Turkish from BKK to SGN, that would mean 2 new airlines for my flight logbook. The last time I did KUL-BKK was with EgyptAir. So with Royal Jordanian confirmed, I can do some comparison between both airlines. I paid about S$140 for the one-way ticket, the website itself acknowledged my payment and I received the reservation code immediately after payment. I never thought I would have any problem at the airport. 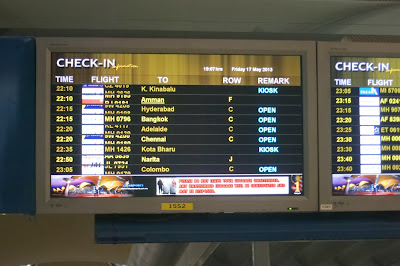 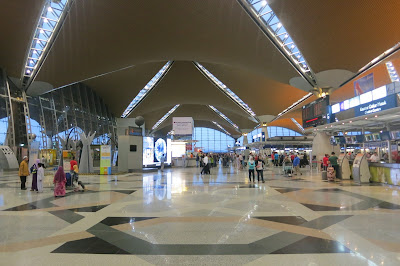 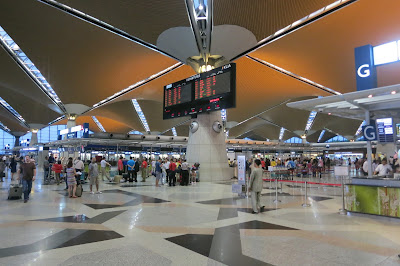 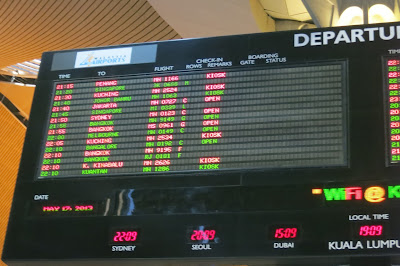 I was at the airport around 1 pm after completing my positioning flight from Singapore with Air Asia. That was another great flight with them even though I flew on a normal scheme A320, 9M-AHI. I took the bus from the LCCT to the KLIA airport and the journey took around half an hour.

During the long interval, I went to the viewing mall to do some spotting and eventually the time came for checking-in. 3 hours before the actual flight and that would have left me with plenty of time to walk around in the departure area. 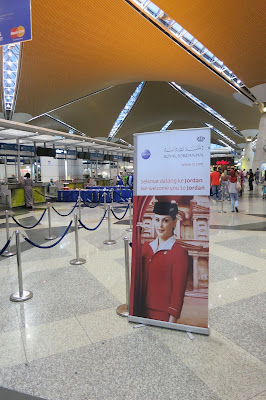 Anyway, the night before, I was not able to check-in online for an unknown reason and that got me worried for a while, but checking my booking, it was still there so I thought there was a computer glitch or something. I went to the counter and this was how it looked like, the screens were not on and many queued at the business counter and got 'scolding' from the counter lady in charge of that. A few passengers had advised her but she simply ignored them.  Looking at her attitude, I think she deserved a job elsewhere, obviously no patience or not bothered to do something about the situation, instead of letting it continue. 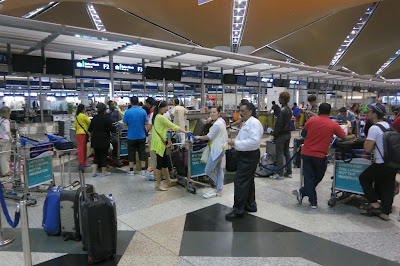 The screens were not turned on at all for a good hour or so. 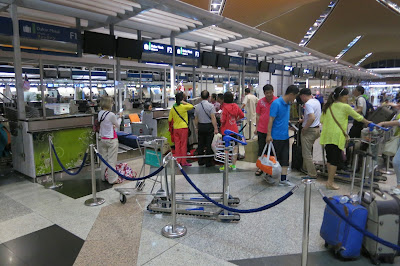 This was where the problem started. I was told to stand one side and wait for an RJ representative to come to verify my credit card details. The staff also added that most of the time, passengers that fly with their airline do not pay by CC card so therefore they have to check our card. I have no problem with that, except that we were given no updates or anything on when the RJ guy would appear. Waiting and waiting, finally, he appeared and guess what, from 7pm, he only turned up at around 8.40, 20 minutes before the check-in counter was closed. At that time, there were around 5 of us and at least for me I was furious and furthermore, I had not eaten yet. You know what they say, 'A hungry man is an angry man"! 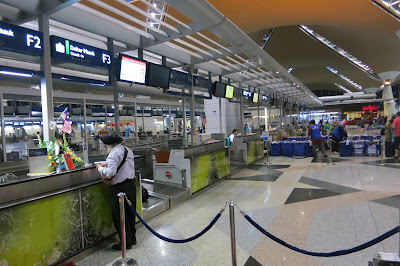 This photo was taken at around 9.45 where most passengers had already gone through the passport immigration.

Anyway, that RJ guy came and explained to us there was an RJ computer problem. Really? Computer problem and you don't bother updating us? Leaving us standing for an hour or so! We could have done a lot of stuff during this interval. Just an insincere apology and no sort of compensation from RJ. I am not expecting an upgrade but at least some nice gesture such as voucher or miles, that¨would certainly help the cause. This was the first thing I had to experience such incompetence. I had mentioned to the RJ guy that I was hungry and he didn't seem bothered with that. The funny thing was that when I flew on EgyptAir on the same route, the counter guy (Malaysia Airline's staff) was able to verify my card on the spot, not needing any airline representative to do so. I need to find out more about this.

Anyway, when my ticket was finally done, I tell you my mood was gone. Honestly speaking, at that point,  I won't want to fly on this airline again. However, I should see how the in-flight service is like before adding this airline to my blacklist.

During the wait, I got to know a lovely Slovenian. Let's call her 'A'. She had some issues with her ticket, she bought it from Expedia website. Initially, the RJ rep told her that she needed her mum's credit card (Her mum paid for the ticket) to proceed on with the check-in, but she didn't and that was an issue which meant that the only solution for her was to buy another ticket. Later on, RJ rep found out that the ticket issued was incorrect. Her booking turned out to be invalid, her outbound flight was non-existence and return was on Thai Airways, TG417 flight. A and I were very puzzled when he fed us with that information. It took quite a while for us to digest the news, really. He told her that the only way was that for her to buy a one-way ticket with RJ and fly back with Thai Airways. I wasn't too sure about that, but at that time the counters were closing so she had no choice but to purchase a new ticket, M$490 including penalty fee. An expensive price to pay especially when its not A's fault. A would have to settle this problem when she returns to KL. Good luck, A! (If you are reading this, you know who to find if you need help!) 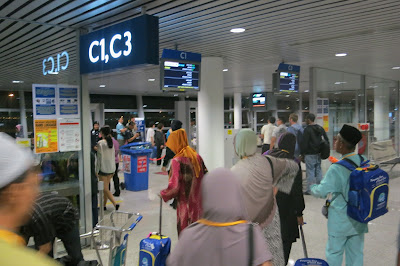 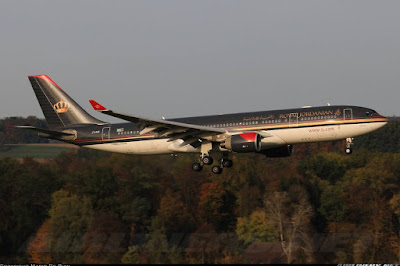 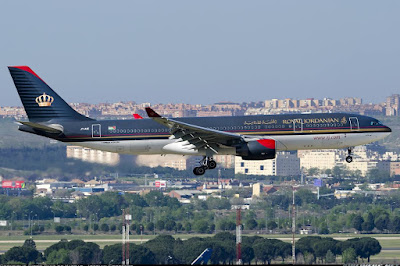 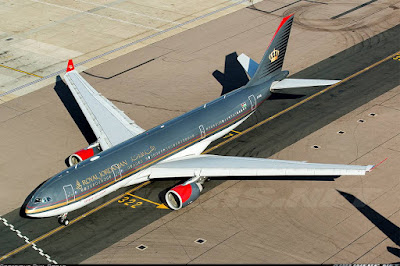 Once that was all done, we had little time left. The RJ representative promised to hold the flight for us but we still make the dash towards our gate just to play safe. Fortunately, it was not too far away. We took the sky-train over and before we knew it, we were at the gate. At that time, there were still passengers going through security. Once we were done, we made our way towards the aircraft.

The first impression was positive, as the ambience was welcoming but the crews' eyes were looking elsewhere instead of welcoming the passengers. Like how others had mentioned in their reports, you can't expect much from them and that was true!

Anyway, I sat beside a Libyan guy and we had some good conversation throughout the flight. Both of us agreed that the seat was not comfortable and the crew were pretty unfriendly through-out. I did ask for permission to take a cabin shot, the Thai crew actually allowed me to take as many as I want, but the Middle-Eastern crew probably a Jordanian told both of us that no photos were allowed. He then went on to tell her that no one was allowed to take cabin shot. That sums up my impression of this airline.

Some photos of the cabin 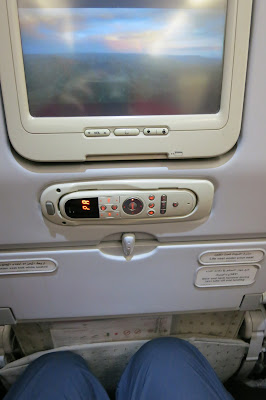 Legroom space is reasonable but not fantastic. The seat is not very comfortable. 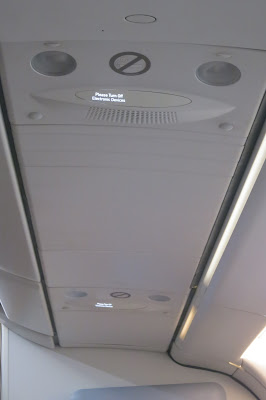 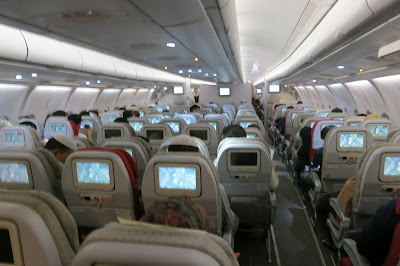 Managed to snap this shot before the male crew told me to stop taking photos. 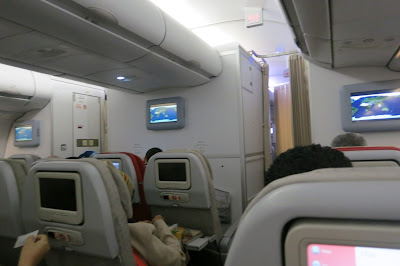 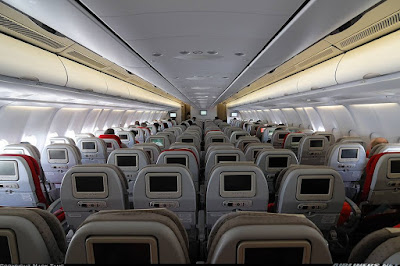 Some photos of the PTV entertainment system 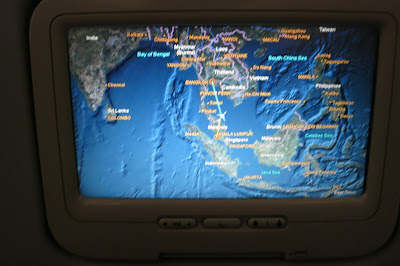 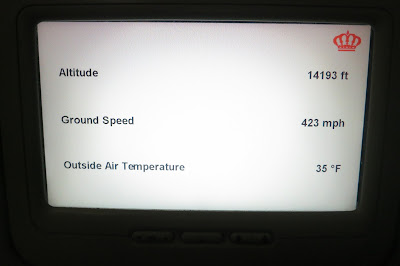 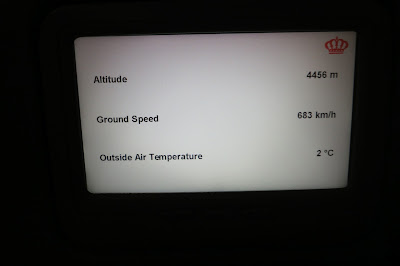 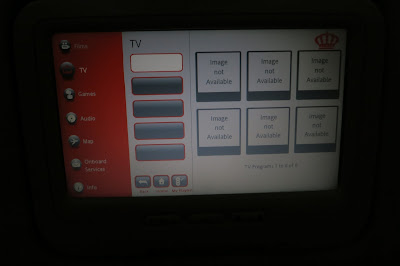 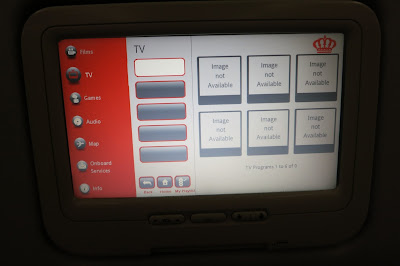 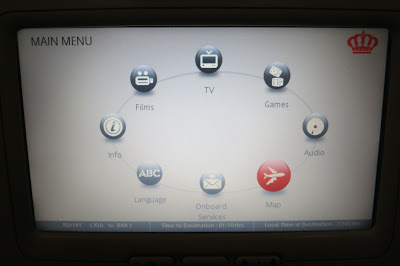 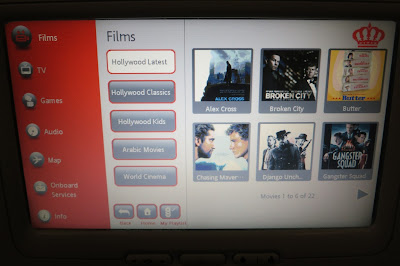 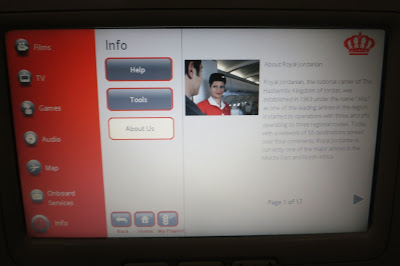 This has to be RJ's strongest product. The touchscreen is responsive and the selection of program is good. One of the most user-friendly PTV system out there I would say and also not forgetting the sound system which is excellent. I would give this a rating of 8/10. 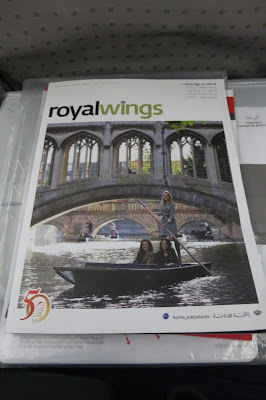 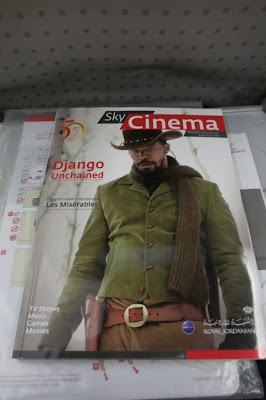 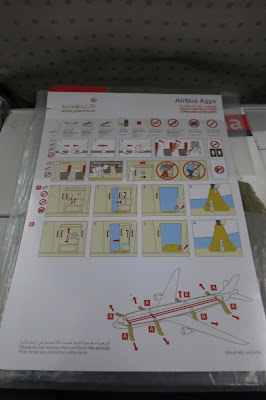 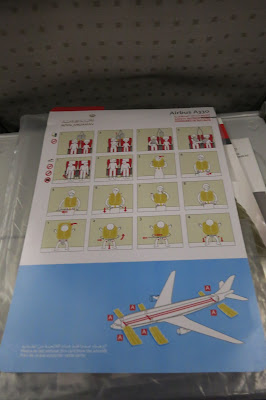 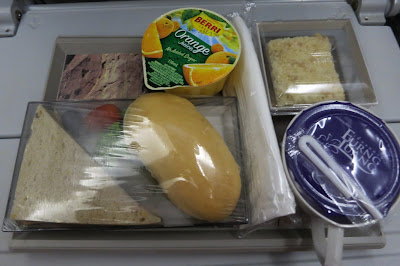 The sandwiches were ok, but I was hoping for a warm meal. Kind of disappointing if you ask me. Food rating: 6/10

Disappointing, the crew on board were not in the same league as Emirates, Etihad or Qatar. Most of them especially the male crew were unfriendly and stuck up! Hospitality was very much lacking and with this kind of service, why should I fly with this airline again when I have other choices?  My rating: 3/10

I would probably not fly with this airline again. I understand that sometimes website has bugs , the twitter representative of this airline offered to help, but I received no response in the end. (Boo to that!) Having to go through an hour and so just for that representative to turn up without being updated until to that point was too much. An apology was not enough for me and the other passengers. Not only that, the in-flight service was mediocre and you know one thing about these airlines, they can continue to close one eye about this, but they should always remember that incidents like this can spread around especially on the internet. The airline has given me no reason why I should either fly or recommend this airline to anyone. The only good thing that I can think of is the PTV which gets my thumb up! If the airline wants to compete with the major players in the market, the company better buck up.

Between this airline and Vietnam Airlines, which is worse? That's a tough call really.

Let's compare the positives instead.

That's about it! I can't think of anything else, so there you go, you have the answer.


Thank you for reading.