Flying With Lion Airlines, Is It Reliable?

*Aircraft photos are credited to the respective photographers from Airliners.net.

I had a look at at the airlines that were doing SGN-SIN (Ho Chi Minh City -- Singapore), they were Jetstar Asia, Singapore Airlines, Tiger Airways and Lion Airlines. Since my previous flights; SIN-KUL (Air Asia A320) KUL-BKK (Royal Jordanian A330) and  BKK-SGN (Turkish A333) were all Airbus aircraft, I decided to go with Lion Airlines for the Boeing 737-900ER. The last time I flew with the airline was quite a number of years ago, PK-LKF and PH-LKM on SIN-CGK-SIN sectors. My impression of this airline was unfavourable and looking at the recent incidents, I had second thoughts about flying with it. Hack it! I decided to go ahead with the booking. I paid about S$90 for the ticket and the website works better than Royal Jordanian's. That airline should be ashamed really, period.  (Please read my Royal Jordanian trip report for the reason) Once that sorted out, I could then count down the days for the trip itself.


After completing my previous sectors, it was time to go home. The trip so far had been smooth and fun apart from my RJ's experience so I hope this flight would not be as bad as that.

In the morning, I met up with a Vietnamese friend for breakfast before heading to the airport. I did a check on flight radar and to my disappointment, I was flying on one of LionAir's older aircraft which meant no BSI (Boeing Sky Interior) for me. The last time I flew on Lion Airlines, it was PK-LFJ and PK-LFM. Well, at least it was a new registration for me.

Anyway, once I reached the airport, I made my way to the check-in counter. It was already 3 hours before departure time, yet the counters were not opened. The queue had started to form. I was 3rd from the queue. I left a gap between the 2nd passenger and myself and guess what? A couple of female passengers just came in and took the space. I gave them the most disgusted look, but they ignored me completely. As I didn't want to make a scene, I chose to just suck it up which later on I regretted it. When it was their turn, they took a long time to get themselves check-in for whatever reasons they had. Once they were done, I went up did my check-in and made my way to the gate.

By then, I had only an hour left before departure. Apparently, my aircraft was delayed, and it would depart later at 2.30pm which was an hour after the schedule departure time.
Route: SGN-SIN 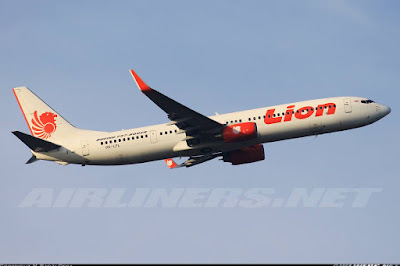 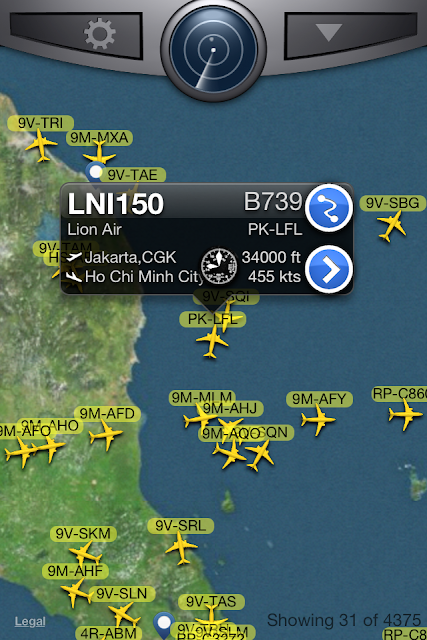 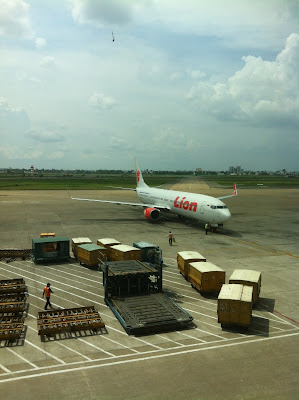 The best seat in this aircraft is either 31A or 31F. Both are window seats with this amount of legroom space in front of you. 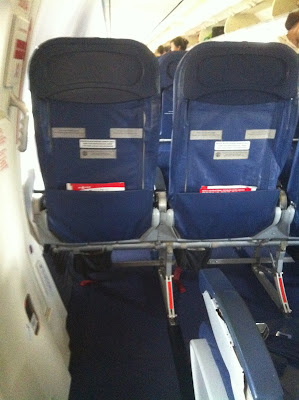 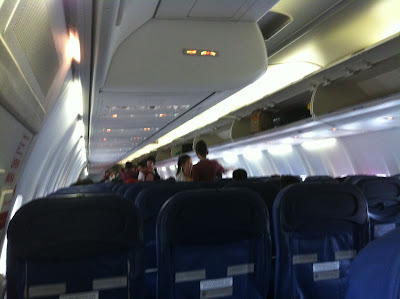 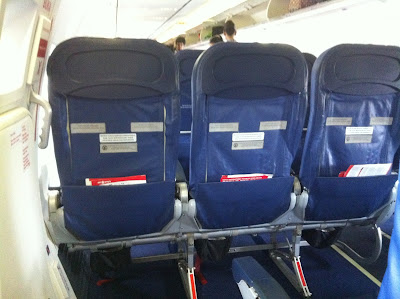 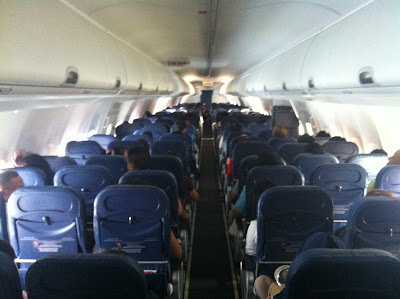 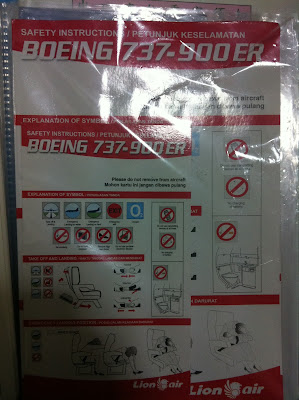 Once I stepped onboard the aircraft, the crew weren't interested to look at the passengers. The ones in front were looking elsewhere when I walked past them.(Thumbs down for that!) Got into my seat and waited for the push-back. At least this part was fast, no one took their own sweet time to board which was good. Looking around me, it was a full flight, there wasn't any single seat available left. (Had a walk to the rear later on during the flight) Anyway, aircraft pushed back and the familiar CFM-56 sound was heard and before we knew it, we were at the runway for a sluggish take-off to Jakarta via Singapore.

The Captain apologized for the delay as he mentioned that the aircraft had some technical problem earlier on and he would try his best to make up for the lost time. He also gave us brief info on our routing. Apart from that, there wasn't much service from the in-flight crew. Very disappointing indeed!

The take-off was underwhelming and it was slightly bumpy until we were cleared of the clouds. Seat belt sign was turned off and I did a quick trip back to the rear, took some photos and used the toilet before making my way back to my seat and enjoying the FL350 ride towards home. As Lion Airlines is a Low-Cost Carrier, food and beverages are not free and the look at the price, I would rather wait until I get into Changi Airport to purchase some food. For an hour and a half of flying, it is still bearable. 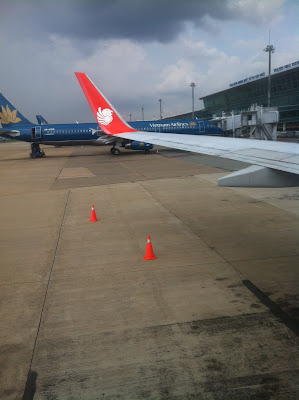 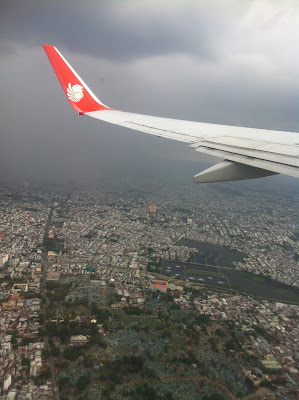 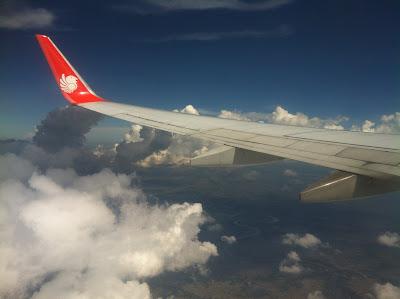 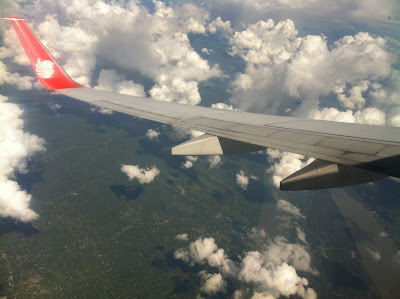 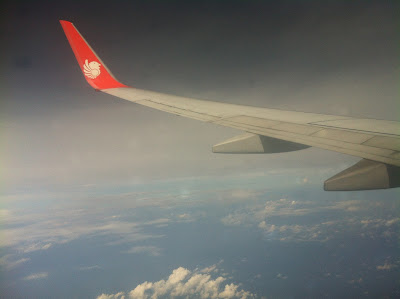 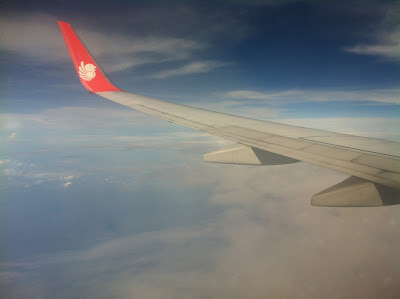 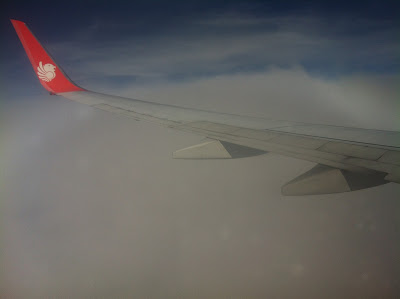 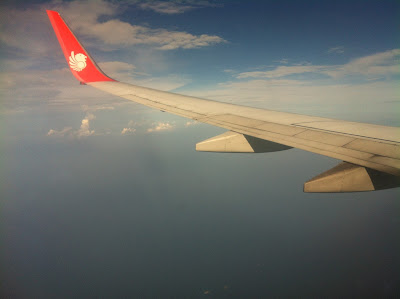 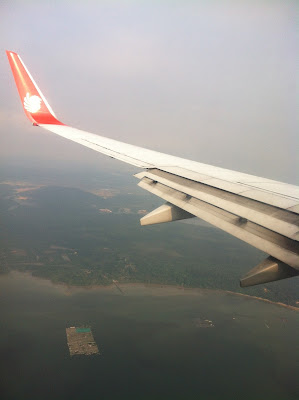 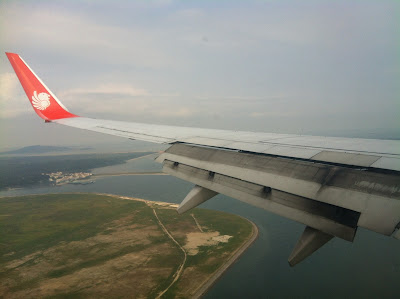 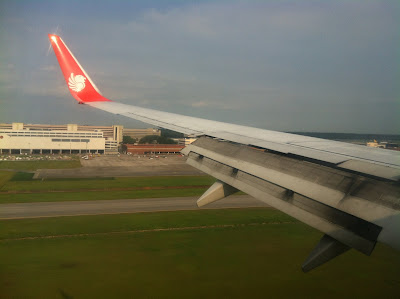 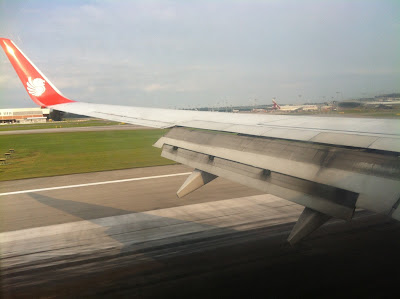 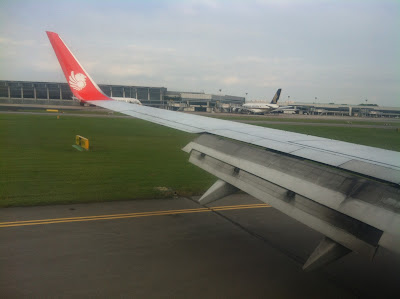 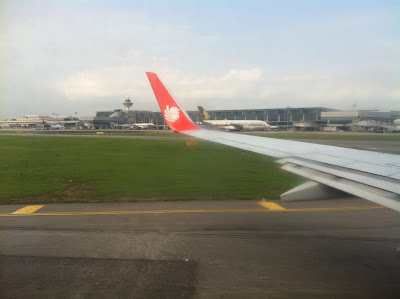 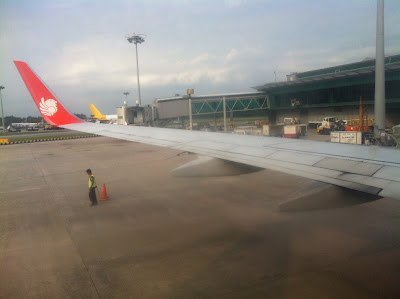 The plane landed on runway 20R and it was a relief for all of us (You could hear the "sigh" throughout the cabin) as not too long ago, Lion Airlines' Boeing 737-800 aircraft broke up after touching down late at Bali. We taxied to the assigned gate at Terminal 1 and that was the end of my trip.

For the S$90 I paid for, I have nothing to complain. I didn't have much expectation after my last trip with this airline and I wasn't impressed at all once again. Would I recommend this airline? Honestly no. Are they safe to fly? I would avoid them especially if you have other alternatives, I would recommend you to go with the others such as Jetstar, TigerAir and Air Asia. Will I fly with this airline again? I guess I will as I need to get the BSI (Boeing Sky Interior) on the Boeing 737-900ER.


Thank you for reading my short trip report on Lion Airlines!

Next trip report: Another new airline for my flight logbook: Transasia and its A330!