Welcome to my trip report on Jetstar!

This is the last leg of my Taiwan trip and why Jetstar? Well, the reason is simple; this airline is the only Low-Cost Carrier operating from KLIA and since my previous flight from Bangkok lands at this airport around 1725, I didn't want to rush to KLIA2 just in case of any delay. I had to go back home that evening as I had worked on the following day. I had not been to KLIA2 at that time so waiting a bit longer was not a problem for me, I would be using that airport in December 2014 and a trip report will be done so stay tuned for it.

Booking with the airline is an easy affair, the website is definitely one of the best out there in terms of user-friendly. Not just that, it is smooth and doesn't give any problem which is what we (consumers) want. For reliability, Jetstar definitely has it.

I don't have that many photos so will post some from airliners.net. As usual, credit goes to the respective photographers.

A boarding pass of Jetstar. Definitely a collectable item for those who collect it. 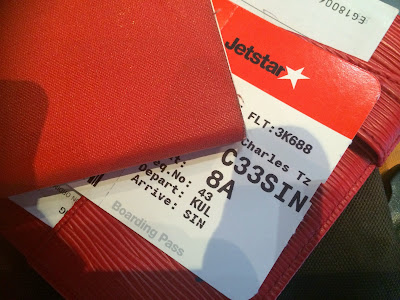 Thanks to fightradar24, I knew what aircraft registration I would be flying on and to be my delight it was the first A320 in Jetstar fleet fitted with the "sharklets" - 9V-JSS! 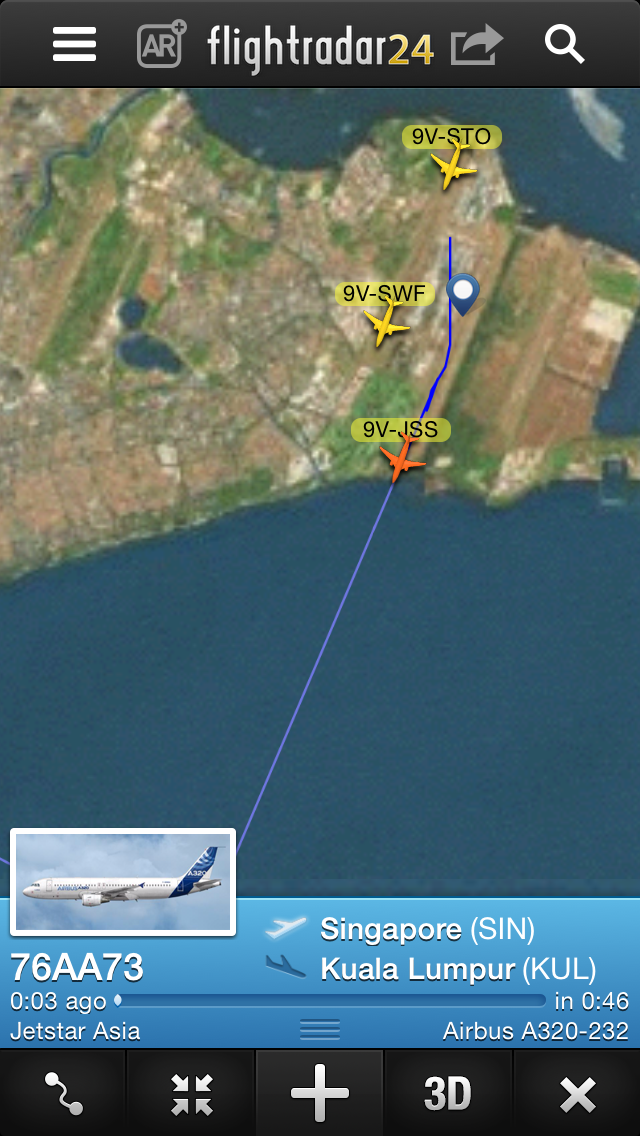 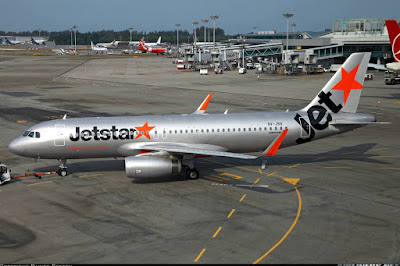 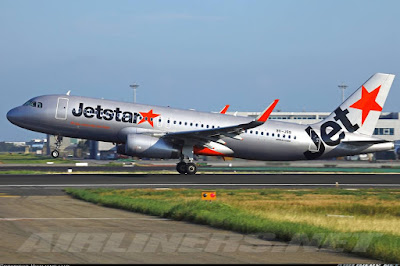 Boarding took place quite early and everyone was boarded quickly. We pushed back about 10 minutes before the schedule departure time which was great. The newer cabin of the A320 is certainly better than the old one, if only it can be fitted with the Boeing Sky Interior, that would be perfect for my me!

Here are some photos of 9V-JSS's cabin interior. 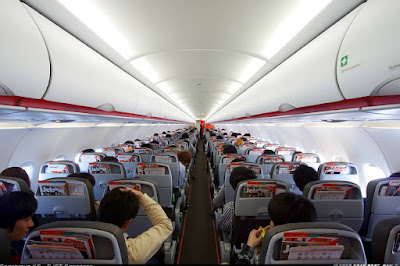 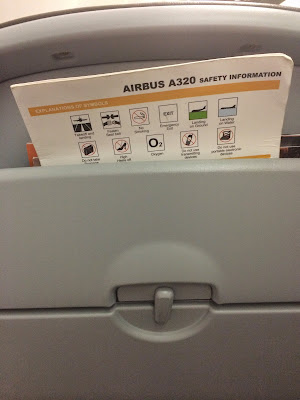 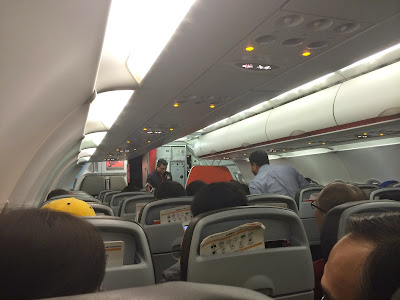 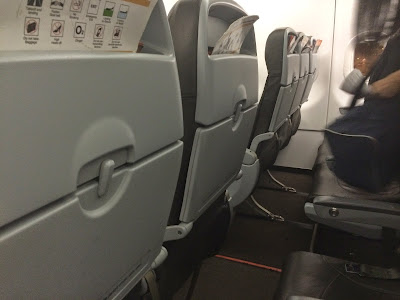 Legroom space is standard with other Low-Cost Carriers. If you want legroom space? Get either the first row or the emergency rows. As this was a short flight, taking a window normal seat wasn't a problem for me. Flights for more than 2 hours, I would settle for the seats with better legroom space.

This set of the cabin crew was mostly local (Singaporeans) and the strange thing about them is they spent most of the time during the flight (all 4 of them) in the front gallery, leaving the rear empty most of the time. It is my first time experiencing this. What were they doing in the front gallery? I wasn't sure! They seemed to be chit-chatting away and it felt very strange after flying with other Low-Cost Carriers even on such a short flight. You never know what kind of passengers you have near the rear of the cabin. With all the crew in front, the rear passengers could do something that endangers the lives of the rest of the passengers, you know the phrase "Never take anything for granted". That should be applied over here. Don't wait for accidents to happen before you take action, it is too late by then. I feel that even if the crew were friends with one another, they should be professional and leave all the chit-chatting after all the passengers leave the aircraft.

On Japanese and Korean LCCs, you see the crew walking up and down the aisle, checking that everyone was good. However, they did their jobs on checking passengers before take-off and landing, so at least they didn't neglect the most important parts of their duties.

The flight crew, on the other hand, were professional, the Captain came on the speaker a few times to keep us updated.

As the flight was short, the aircraft landed in Changi not long after, the ride was very smooth and checking the flight schedule for tomorrow, this aircraft was flying to Taipei in the morning.

Flying on Jetstar definitely gets you from point A to B on time, that's the most important aspect for travellers. Comparing this with other Low-Cost Carriers in Singapore, it is better than them. (TigerAir and Scoot) in my opinion. Even Air Asia and Air Asia X are my preference over those two as well. This is in terms of reliability. Flight delays are inevitable and you will see for yourselves how these airlines handle the matter.

- For long delays or cancellation on Low-Cost Carriers usually, they can't transfer you to other airlines as they have no interline agreement with their rivals with the exception of Tiger Air and Scoot which are partners and they do compete with one another on certain routes like Bangkok and Taipei.
For this case, the passengers can transfer to the other airline depends whether the other flight has available seats.

- Furthermore, the gap of the prices between the Low Cost and Premium carriers are quite a fair bit and the affected LCC that you are on wouldn't want to pay more to transfer you to let's say on a Singapore Airlines flight, they will definitely make losses if they keep doing so. As for the other way round, the passengers on a Singapore Airlines won't transfer passengers to the Low-Cost Carriers? Why? Passengers will definitely complain especially the premium ones. So this is something you have to take note especially flying on airlines that are notoriously known for cancelling flights.

-So if you are scared of this, I would recommend you to pay a bit more and fly on the premium airlines instead. From time to time, you get good offers on certain routes. Keep a lookout and if possible, try to book your air ticket in advance, normally its cheaper than booking it at the last minute.

This airline has not been bringing in much money for the Qantas group and what's the future for this airline? Doesn't look too good for the time being and let's hope that the airline continues to compete with the rivals. Passengers want low Fare and with a new airline, Malindo Air entering the Singapore market, that means more competition and lower fare for us. For the time being, it doesn't affect much of Jetstar's Singapore operation since its only route for now (Nov 2014) is KUL-SIN.

The Low-Cost strategy has certainly played a big part in revolutionising the aviation industry.


Thank you for reading this short report, hope you enjoy it!