Trip from the past: Flying Sri Lankan Airlines (Part 1: LHR-CMB)

Welcome to another trip report from the past, this time with Sri Lankan Airlines! 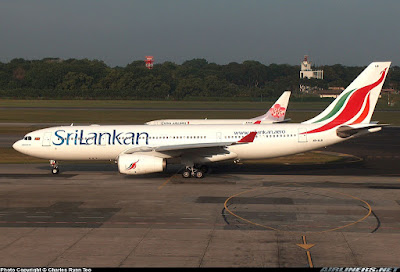 This flight took place during the days Emirates was a shareholder of this airline. The airline was previously named as Air Lanka and was re-brand to improve the airline's fortune in the aviation world. With Emirates guidance, the airline looked competitive with brand new Airbus A330 (at that time) and A340 flying on mainly Asian and European routes. This also happened years before the airline joined the Oneworld Alliance.

Join me back in time to discover how this airline was like back then. For photos - I have none so I have to use the Airliners.net and Jetphotos.net photos for reference and as usual, photos are credited to the respective photographers.

This airline was launched in 1979 as Air Lanka following the demise of the national carrier before this, Air Ceylon. In 1998, Emirates bought some shares in this airline and it was renamed to Sri Lankan Airlines with the current livery. After the end of the partnership with Emirates, this airline continues with its current branding. During the days under the control of Emirates, the middle eastern airline implemented some ideas to this airline and the In-Flight Entertainment on the Airbus A330 was the same as Emirates, but the cabin was different in Sri Lankan's interior of course. Why did Emirates give up control of the airline? Due to differences between the government and themselves.

The airline's Airbus A340-300 operated for the airline after the re-branding until early 2016. 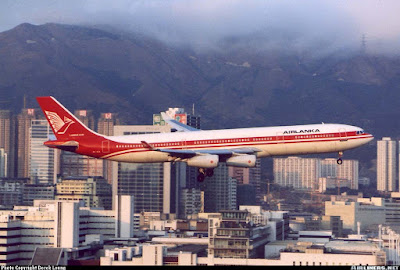 The famous L-1011 - a frequent visitor to Changi Airport during my plane spotting days. 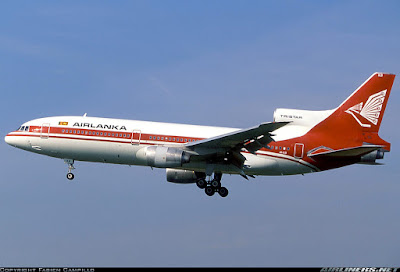 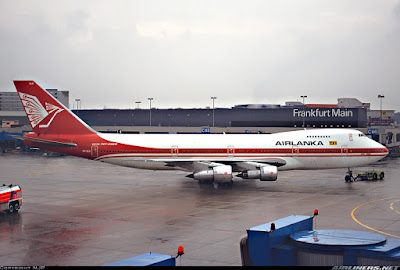 The airline's Boeing 707 - the first-generation jet aircraft from Boeing 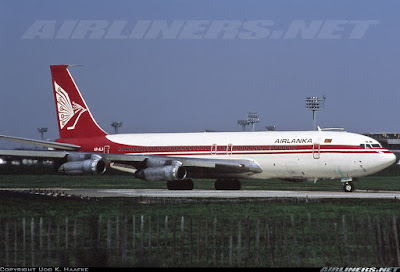 For the narrow-body fleet, the airline operated Boeing 737-200 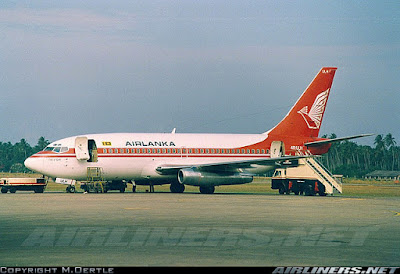 This Airbus A320 was quite new when it was delivered to this airline. 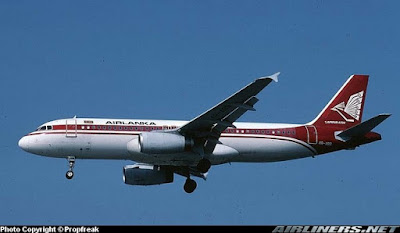 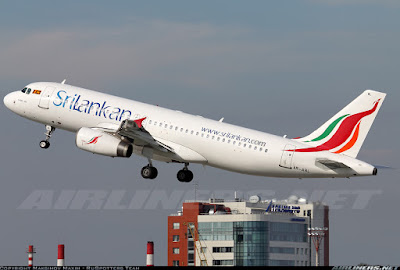 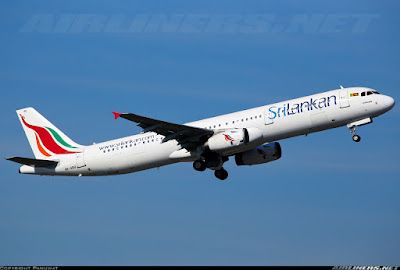 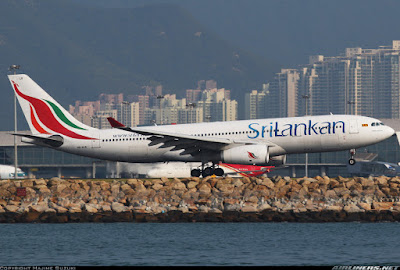 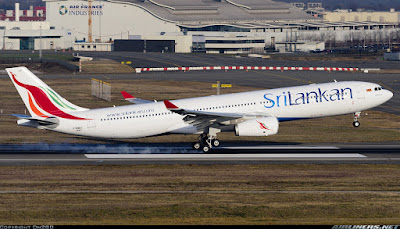 With new Airbus A350 aircraft joining the fleet soon, the airline has plans to expand to other cities in Europe, Australia and China. However, at this time, it isn't doing very well financially. So hopefully the management can iron out whatever issues that are ongoing and do better in the near future.

Brief information on my ride to London Heathrow Airport

Travelling to LHR airport can be far for some depending on which part of London you stay in. Thankfully I was staying at my sister's place near Tower-hill Station and all I had to do was to take the district or circle line to one of the connecting stations to the Piccadilly line. From that station, take note of the destination of the train and make sure it is heading towards London Heathrow Airport Terminal 1,2,3,4 and 5.

Introduction to my trip

This trip was booked during my stay in London when I was needed to return back to Singapore for an urgent matter. Since my stay in London was for another 3 weeks, it was pointless for me to bring forward my return flight with Emirates and go home and after settling that matter, I had 3 weeks left for my school term to reopen. Yes, this trip took place during my school days.

I had a choice between Swissair (At that time) and Sri Lankan Airlines as both airlines offered the cheapest airfare. Thinking back, I should have flown with Swissair, for the MD-11. The airline was operating Zurich-Bangkok-Singapore on the tri-jet and of course, as you know Swissair and the MD-11 are gone, now Swiss Airlines and the A340-300 is plying Zurich to Singapore.

A missed opportunity to fly on this beauty 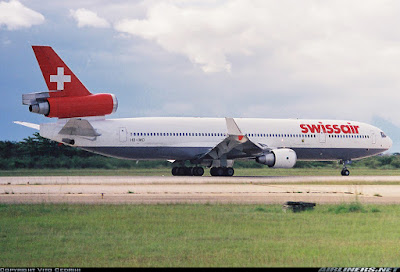 Once I settled for Sri Lankan Airlines, my ticket was purchased not long after. There were a few choices which include Emirates flights as both airlines were code-share partners.

Later on, because of my disappointing experience on my flight from two flights from London to Singapore via Colombo and Kuala Lumpur, I switched my Singapore-Colombo flight to Emirates EK349 flight but flew from Colombo to London with this airline's Airbus A340-300.

For my Sri Lankan flight experience, I will only be doing LHR-CMB (This trip report) and CMB-LHR (Airbus A340).

Travelling to the airport was a fast affair for me as I had no luggage since I was returning soon. Took the Circle line train from Tower Hill station to Baron's court and changed for the Piccadilly line to Heathrow Airport. Once at the terminal, I did my check-in and got my window seat. I almost forgot to mention this flight was operated by Airbus A330-200 and it would be my first time fly on it. There was another flight operated by A340-300, but wasn't very keen as I had already flown on the A340 before and not a fan of it. So with that, I made my way to the gate to check my aircraft. At that time, there was no flightradar24.com to check on which aircraft was flying in, everything had to be done by the old ways of monitoring and that is to check out the aircraft at the gate.

4R-ALB was my ride and this aircraft also flew me from Colombo to Singapore via Kuala Lumpur. I got to experience both the long and short take-off of this aircraft. 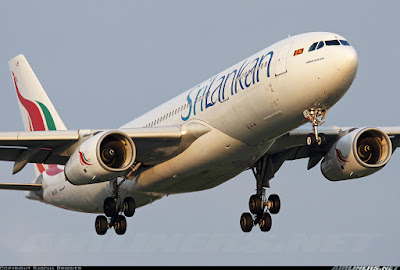 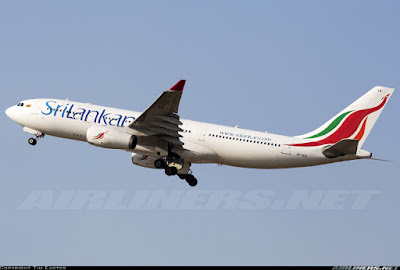 As far as I remember, the flight took off on time. As it was a fully loaded A330 with 11 hours of flying, the takeoff took longer but still powerful enough to climb away, unlike the A340-300. The IFE (In-flight Entertainment system) is identical to Emirates so it was familiar for me but the contents in it were different. 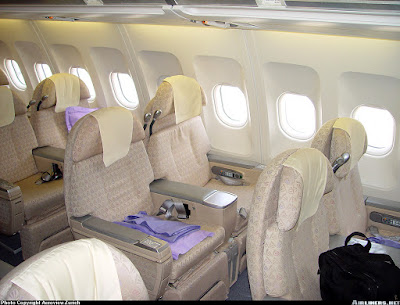 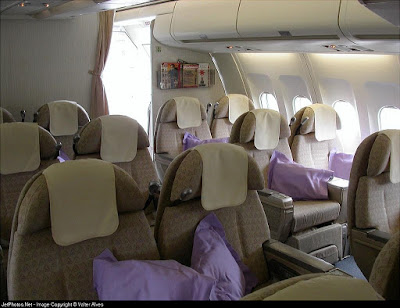 The old Economy Class IFE system - but I enjoyed the movies. 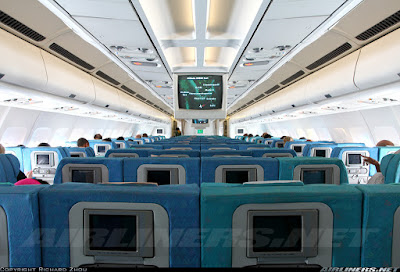 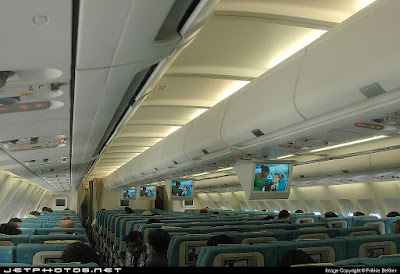 What I can remember clearly is how poor the cabin service was. The cabin crew made up of Sri Lankan crew were quite impatient and unfriendly especially to their own people. I remember this flight clearly because of an incident when I requested for something but the crew answered, "Can you just wait?" I was dumbfounded at that time. I have met rude crew before but not this rude. I didn't acknowledge her presence when leaving the aircraft. It is simply not acceptable from my point of view. The other crew seemed to have their minds elsewhere. At least the flight was smooth for most parts of it and the in-flight meals were decent. 2 meals for this 11 hours flight and I managed to grab a couple of hours of sleep. Another noticeable thing is how quiet the Airbus A330 was compared to the A340.

Landed at around 3 a.m, my next flight to Singapore via Kuala Lumpur was 5 hours later and it was boring at CMB airport. The restaurants and cafes were closed, and needless to say, there wasn't WiFi available at that time so I sat around at the seating area until the restaurant was opened. I had my breakfast before heading towards the gate for departure.

The flight for the next sector was slightly better; better set of the crew than the first leg, and comparing to Emirates, the in-flight lost out to the Middle Eastern carrier. After giving some thoughts after this flight, I made my decision to switch my SIN-CMB flight sector.

Anyway, we landed at Kuala Lumpur early and passengers flying to Singapore had to remain on board. This airline was doing a triangle route meaning Colombo-Kuala Lumpur-Singapore-Colombo on certain days and on the other days, Colombo-Singapore-Kuala Lumpur-Colombo. By the time I reached Singapore, I was dead tired. I remember catching around 16 hours of sleep after arrival. 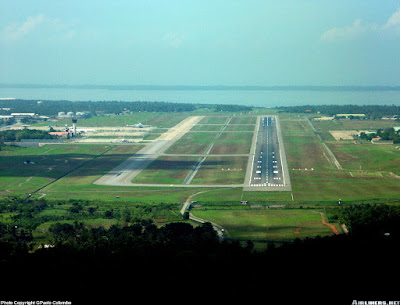 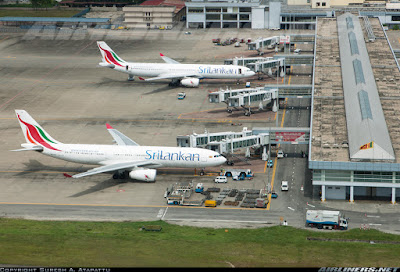 My impression with this airline didn't get off to a good start. Poor service was the main factor but at least I got a great ride on the Airbus A330-200, my preferred aircraft over the Airbus A340-300. I am sure the flight crew would agree with me that it was a better performing aircraft over the A340. This flight till today (February 2016) holds my record for the longest twin-engine flight. My flights to Europe so far apart from this have been either on the Airbus A340 or Boeing 747-400. As more twin jets taking over, my chances of flying a twin jet over 12 hours of flying would happen soon. The airline of today and in the past should be different. My friends flew with this airline to Europe for the last few years had given me their positive feedback especially on the Airbus A330-300. With a fleet of Airbus A350 entering the fleet in the near future, the future looks bright for this OneWorld operator. My conclusion review of this airline will be done on my part 2.

Hope you enjoy this short review!