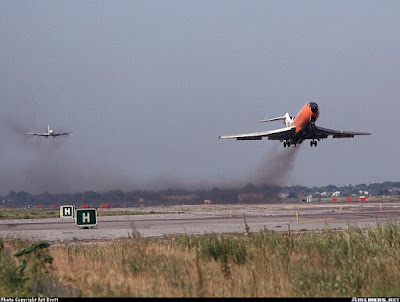 Braniff International Airways had a very colourful history in the past and for the American aviation enthusiasts, this is one of the airlines you won't forget easily. It's a pity that the airline isn't around today due to financial issues that caused the airline to fold. So sit back and enjoy reading what role it played during its golden days.

Braniff International Airways existed from 1948 until 1965 which was then renamed to Braniff International from 1965 to 1983. The airline flew on routes originally to South American and Central American from U.S.A and then in the 1970s, it expanded to Europe and Asia. However, due to high fuel prices and the airline deregulation act in 1978, these factors forced the airline to shut its doors. Later on 2 airlines used this name, but unfortunately, it didn't work out for them and now this name is in the history books.

It all started with Paul R.Braniff and Thomas Elmer Braniff setting up an aviation company. They started a very small airline company operating single-engine Stinson Detroiter in 1929. The company was transferred to Universal Aviation Corporation. 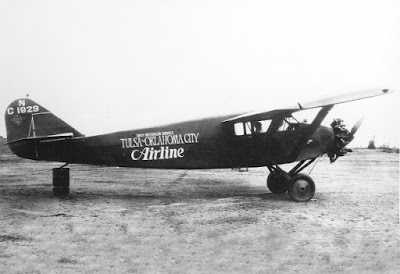 After that, the brothers set up a new airline in 1930 named Braniff Airways. Braniff International Airways existed from 1948 onwards to 1965. After which, it was renamed to Braniff International till 1983. Its network back then was massive, covering mainly central and southern America with its hub located at the following airports: Dallas, Boston, Los Angeles, Miami, Washington Dulles and Kansas City Airports. Unfortunately for the airline, the airline along with Eastern and Pan Am (1st generation) faced financial issues and had to close down after many colourful years of history.

For me, I wasn't old enough to witness the existence of this airline but reading lots of books on the history of aviation, this airline is one of the few that will remain close to my heart.

This is the airline's fleet in the 1980s

Notice the airline has different colours for each aircraft 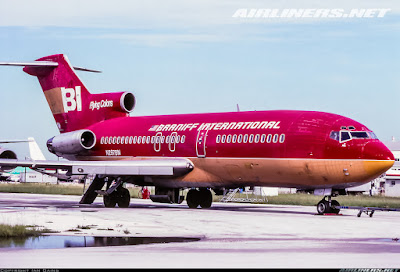 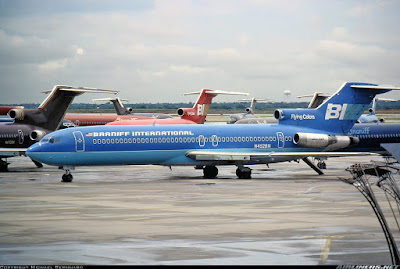 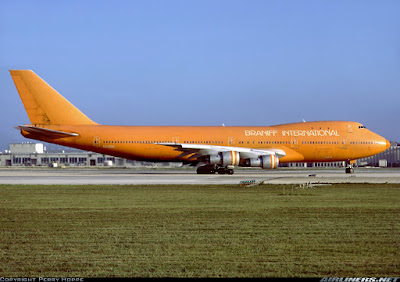 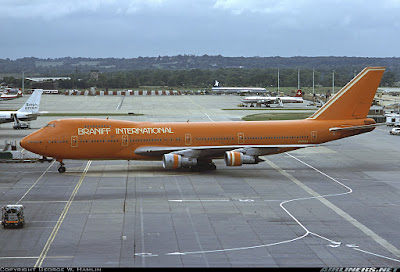 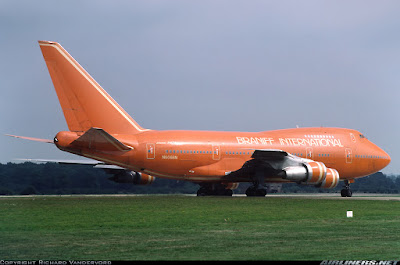 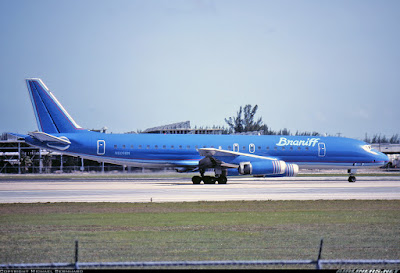 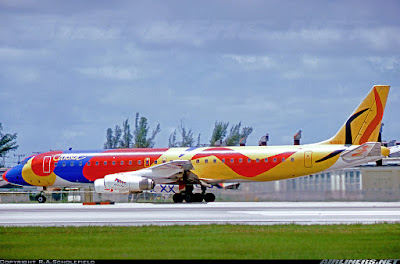 Air France and British Airways leased a few Concorde aircraft to Braniff to operate on between Dallas and Washington for a short period of time with Braniff crew. 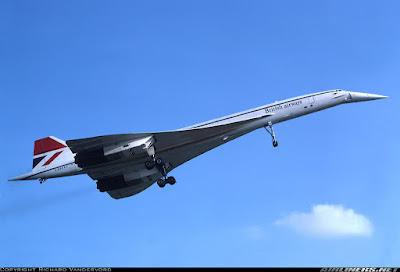 Deregulation in the 1980s

Deregulation was introduced in the 1980s and many U.S carriers were affected with this change. Braniff answer to tackle this issue was to expand its network dramatically and this step was probably the reason why the airline ceased operation. Initially, the expansion was successful but that didn't last long, the unprecedented rises of fuel cost and high-interest credit card rate and other issues crippled the airline's operational performance. The airline suffered huge losses from 1979 onwards and had never recovered since. As you know you can't make money if you make losses. Asian routes were introduced around that time to places like Hong Kong and Singapore with the Boeing 747 family. However the fuel cost increased by a staggering 94%, the routes didn't last long. Most Asian and European routes operated by the Boeing 747 were withdrawn in 1981 and even though a change of new president took place in that year, things didn't improve.

In January 1982, the airline recorded its first negative cash flow and sadly the airline was forced to cease operation later that year. 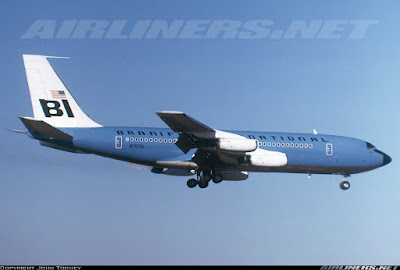 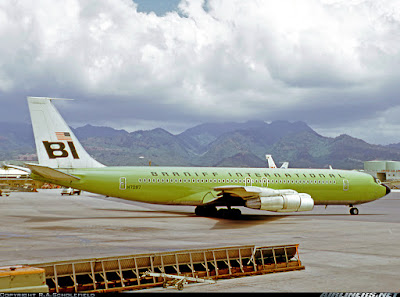 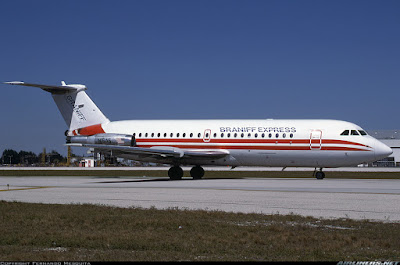 Here are some cabin shots of the golden days of Braniff 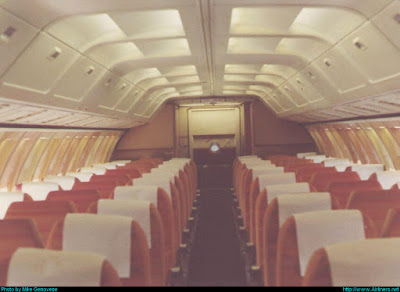 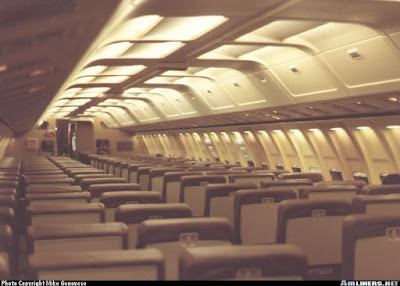 Sun Country was set up by former Braniff employees in 1983 and they are still around. 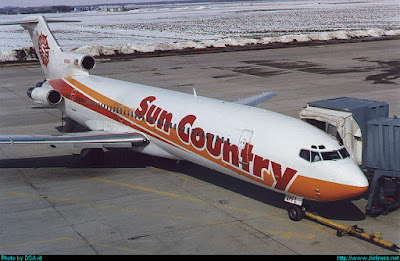 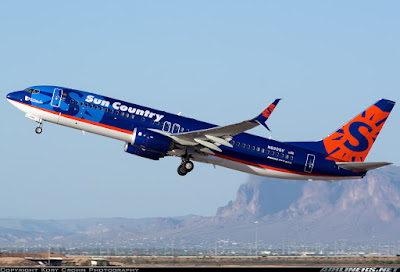 2nd and 3rd generation Braniff was set up, unfortunately, they didn't last long due to aviation-related issues. 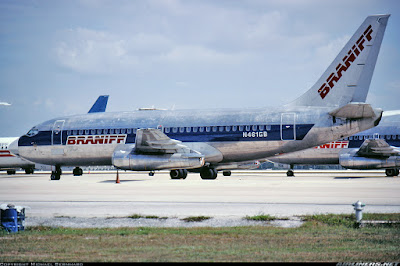 Braniff operated Airbus A320 aircraft for a short period of time 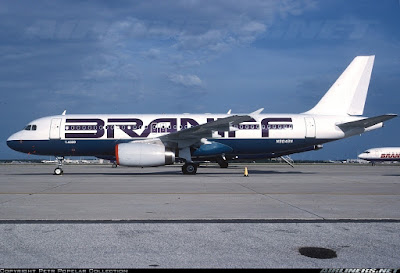 Some brochures from this airline 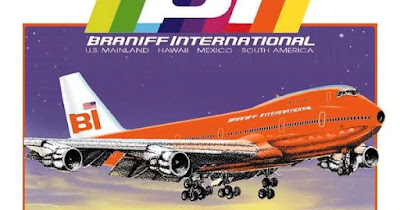 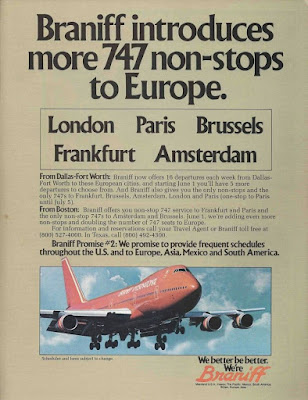 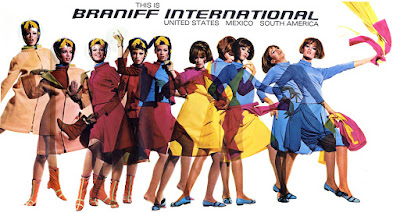 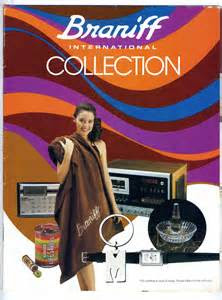 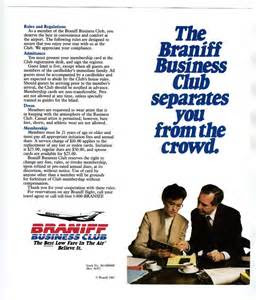 I miss this airline, how about you?

Thanks for reading my brief history of this airline of the 70/80s, it is indeed one of the most recognised airlines in the U.S at that time.