Flying with British Airways 326 on London Heathrow to Paris

Welcome to my trip report on British Airways!

Raymond and I wanted to fly on the BA's Boeing 767-300, so we picked this route as a few of the flights were operating this aircraft type. We picked the last flight of the day as the airfare was the cheapest.

Credit goes to the respective photographers from airliners.net. 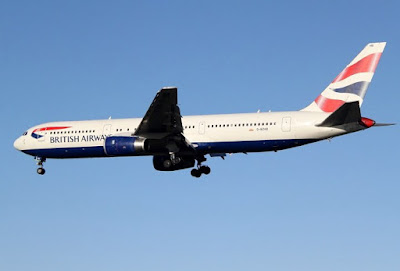 Glad that we didn't get "BA-ed" - this term means a last-minute equipment change. 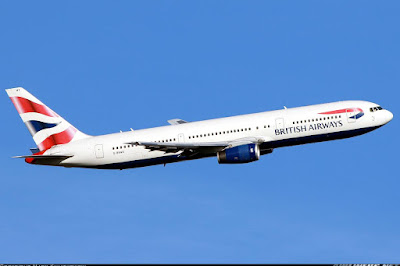 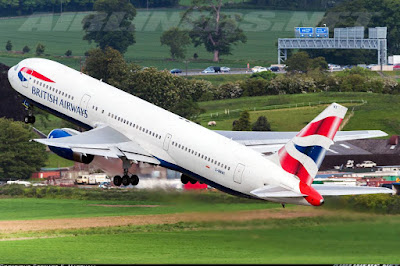 On the day, we arranged to meet at the airport, terminal 5. I was very careless that day. While I was on the train to the airport, I realised I left my passport at my sister's apartment. That meant that I had to return to the apartment, picked it up and made my way to the airport. I had no time to do that by train, so I took the taxi to my sister's place then off to the airport after that and that cost me 80 pounds. Up till today, it hurts - an expensive lesson to learn.

Once there, I met Raymond and we quickly get our boarding passes (we had done our check-in online) and made our way to the air-side. Fortunately, we still had some time left, so we tried to photograph some aeroplanes along the way to the gate.

I was quite impressed with Terminal 5.

Here are some beautiful photos of terminal 5. 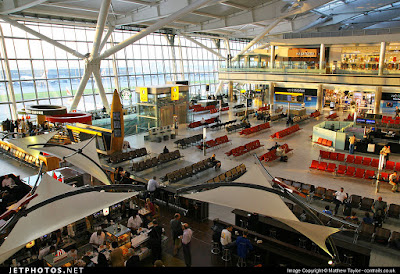 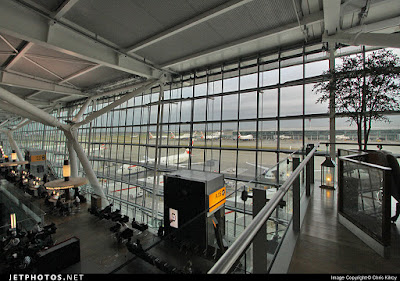 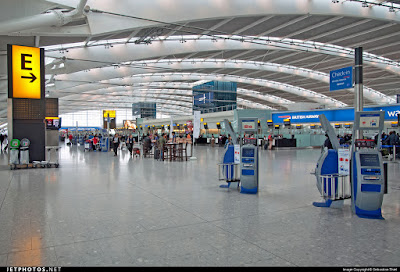 Our plane was at Gate B48, which was parked at the far end of the terminal. We couldn't take photos of our aircraft as it was obstructed by the long aero-bridge.

Boarding call was made and we were on our way to our aircraft. Looking at the nose gear, I saw the letters 'NX' which means we were flying on G-BNWX.

Once inside the aircraft, I saw a mixture of fabric and leather seats. I was sitting at the window leather seat and it was very comfortable. The legroom space was about 34-inch but no IFE system on this aircraft. It didn't matter for a short flight.

Raymond was sitting a couple of rows in front and had an empty seat beside him. After take-off, when the sky became dark, I moved to the seat beside him and enjoyed the aviation chat we had. 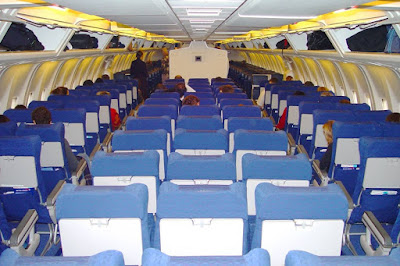 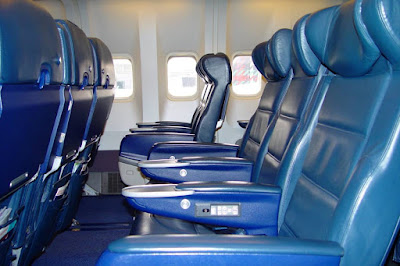 The cabin shot of this Boeing 767. The seats I remember are quite comfortable with 34'inch legroom space. 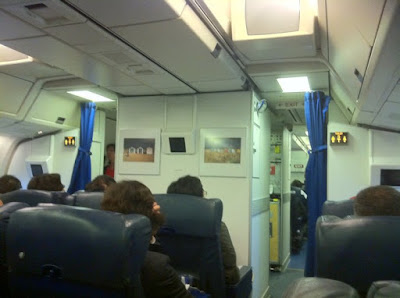 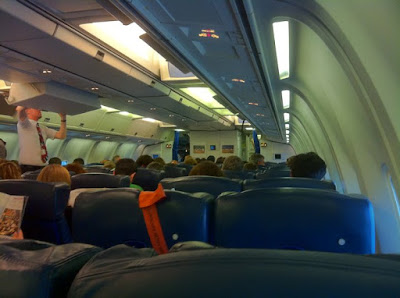 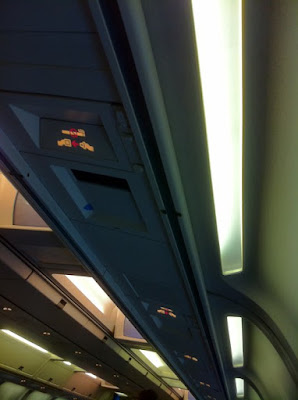 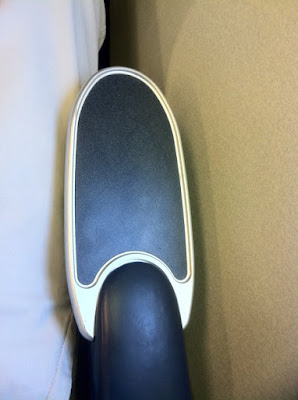 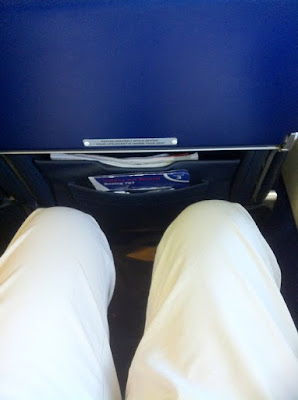 I managed to find my photos, here they are!

Window-shot photos! (Thanks to Raymond for his photos!) 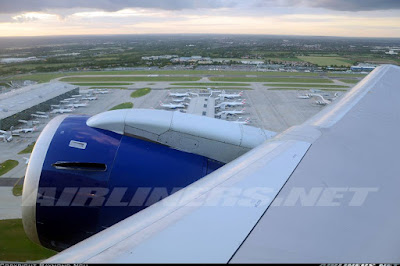 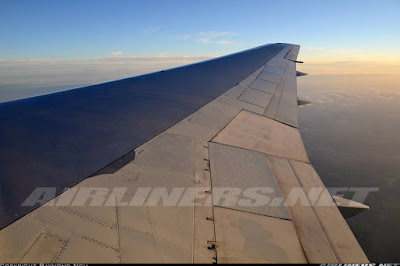 These photos below are mine.

I was originally seated a few rows behind Raymond. This photo was taken before take off. 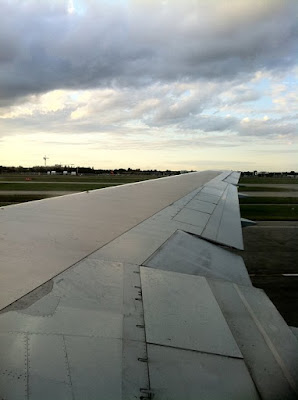 I moved to the seat beside him. The weather was good for flying. 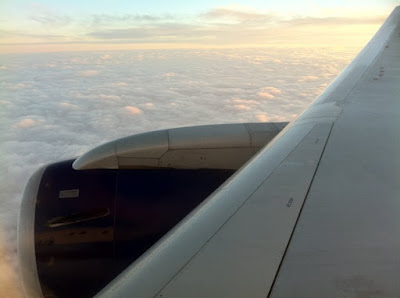 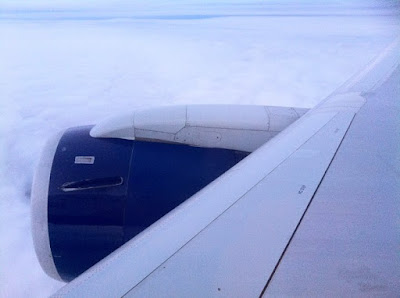 After landing, both of us prepared our cameras to snap some photos of the cabin. We waited for the passengers to leave, then Raymond went to the rear to snap and I did the same not long after. One of the crew, a middle-aged male crew came out angrily, shouted at us to leave the aircraft. Both of us were stunned while the other crew said nothing. What he could have done was to ask us nicely to leave, was there a need to shout? The other crew stood around could have done something about the situation. Among my flights so far, this batch is the worst, without the doubt. Thinking back, I should have taken down his name and complained.

Reluctantly, we did what we were told and leave. Our regret was not taking his name.

Even though this is a short flight, to fly the Boeing 767-300 on short a short sector was worth it. We could have flown on the earlier flight, but flying the A320s was too common besides the airline had plans to retire this aircraft type depending on when the Boeing 787 enters service, so flying on one at that time was important.

What I was impressed most was the leather seat, it was so comfortable that I didn't feel like leaving my seat. It is one of the best Economy Class seats I experienced especially in this era. Now, its all about cramping passengers into one aircraft.

It is a pity that this memory will also be remembered for the ugly behaviour of that particular crew. No matter how rude the passenger is (we were not in any way), never resort to shouting - to all the cabin crew out there.