Welcome to my trip report on Finnair and the MD-11!

Sadly for me, this turns out to be my one and only ride as the last airline to operate this aircraft type retired it in January 2015. Sad day for aviation but the airline, KLM and the other former operates have no other choices, there are more efficient aircraft out there and those aircraft bring these airlines more savings for their accounting side.

This trip to Bangkok with Finnair was an idea between Bastiaan and myself. The thought of flying this airline's MD-11 came in our mind and it became a reality when both of us fixed a date to fly on this beauty. At that time, the airline was only operating MD-11 in its wide-body fleet, so the chance of equipment change was closed to zero.

Once our tickets were settled, we booked Ethiopian's 767 from BKK to HKG and from there, I booked on Jetstar Asia to Singapore. Total cost was around S$600, not too bad.

Bastiaan was to fly from Helsinki to Bangkok and I would be flying on the same aircraft from Singapore to Bangkok. This aircraft would fly to Singapore after resting at Bangkok which means that he would arrive there earlier than me.

OH-LGD became a freighter after ending its career as a passenger aircraft. 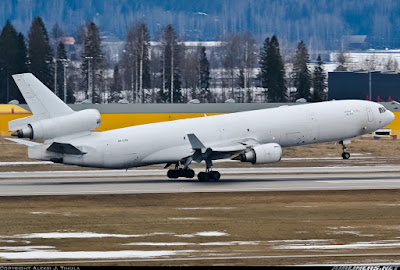 OH-LQD in her glory days. 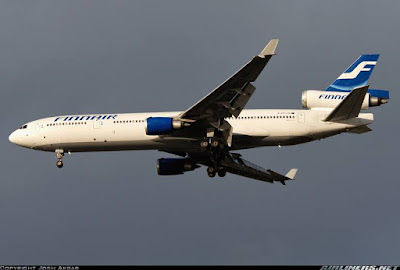 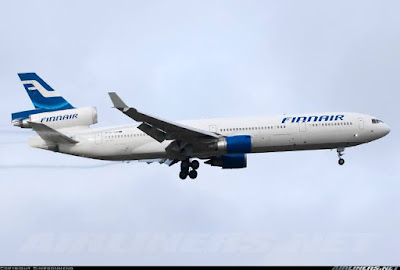 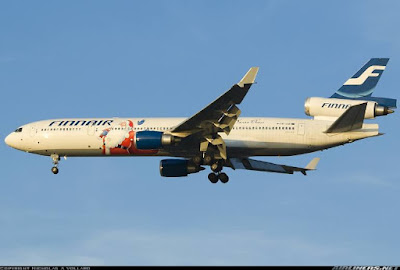 Bastiaan messaged me while I was preparing my luggage. He had touched down in Bangkok and informed me of the aircraft registration: OH-LGD. Back then, there wasn't Flightradar24 or Planefinder applications. Everything was done by our eyes, so whenever we plane-spot, we had to rely solely on luck. Sometimes we have many special livery aircraft flying in and some days we have none, so that was the life of a plane-spotter in the 1990s.

I remembered how excited I was when I saw the 3-holer in front of me at the gate. No one else seemed to care, I think a few of them were wondering about me, but that's me - a true aviation enthusiast!

Once boarding commenced, I was one of the first few to board the aircraft. I choose the 2-4-3 configuration and sat on the 3-seater. Fortunately for me, it turned out that the seats beside mine remained vacant.


The cabin had no IFE system, so flying from Bangkok to Helsinki must have been quite boring for some passengers. Books and magazines were a common sight at the seat pockets during long flights. 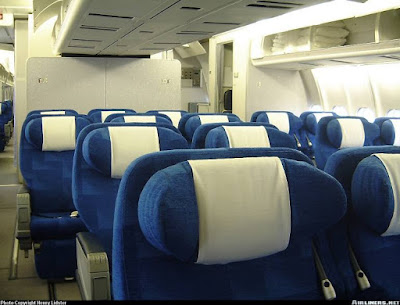 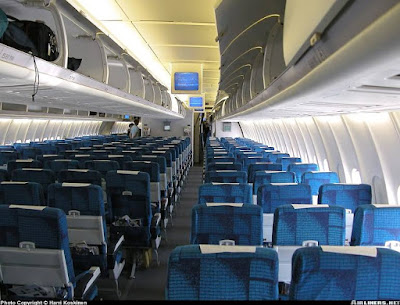 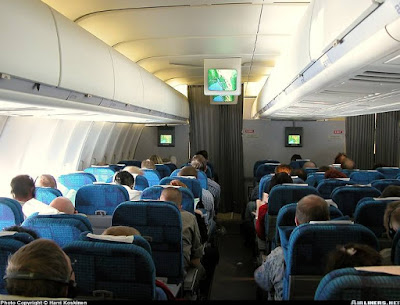 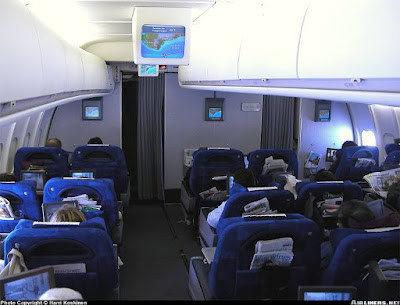 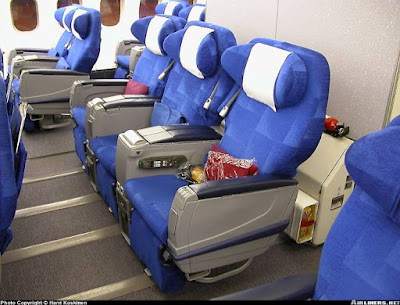 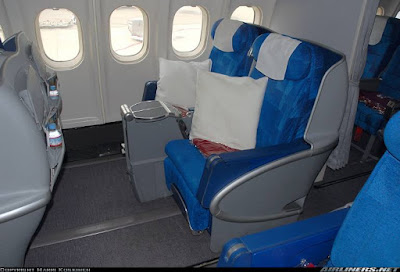 The take-off of this aircraft is one of the most powerful I have experienced even up till today (2015), no other aircraft is as powerful as the MD-11 in my opinion. I was pushed back to my seat as the aircraft rocketed into the sky. It felt scary at first but the thrilled came in after I got used to the new sensation. When the Airbus A340 entered this airline's fleet, the pilots must be missing the MD-11 for its powerful engines.

Service on board was average. The seat was comfortable with nice legroom-space - around 32-33 inch I think. The cabin as far as I remembered was very clean and well maintained. The crew on board were average and had no problems with cabin photos.

The short 2-hour flight came to an end soon, I didn't know that that would be my last MD-11 ride. This flight took place at night and at that time I had no camera so no window-shot photos or videos were taken. The pilot-in-charge made a graceful landing and soon we were at our gate. Leaving the aircraft was difficult, that time I knew I had to fly on this plane again. Sadly, it didn't happen. Currently, the MD-11s you see in the sky are operated by Cargo airlines. They are Freighters which carry only cargoes. KLM, the last passenger operator retired the aircraft in January 2015.

This has to be one of my most memorable flights. Even though it happened around 10 years ago, I would not forget OH-LQD and my first experience with Finnair. If the air tickets back then were more affordable, I would have flown on many more flights. The introduction of the Low-Cost Carriers has its pros and cons.

The pros: Cheaper airfare for travellers.

The cons: Because of the cheap airfares, lots of foreigner airlines stopped the 5th freedom routes especially on the Bangkok-Singapore sector. Example: Finnair, Swissair and Aeroflot.

Sadly, Finnair stopped the Bangkok to Singapore sector when the airline's A340-300s were delivered. The airline flew to both destinations on separate flights.


Thanks for reading my trip report.