I have updated this trip report to make it better. As for now (July 2014), this aircraft is no longer flying to KUL. There is only one left in the fleet and it is currently flying to places near to Taipei. So if you can fly it before its all gone!

I have done a trip report on the 747-400 Combi, for more photos please click here!

Photos are from airliners.net, big credit goes to all the respective photographers! 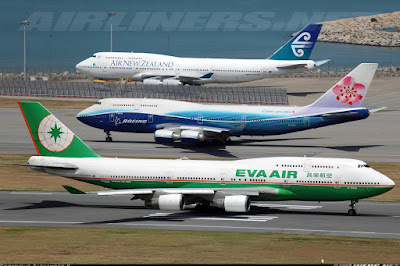 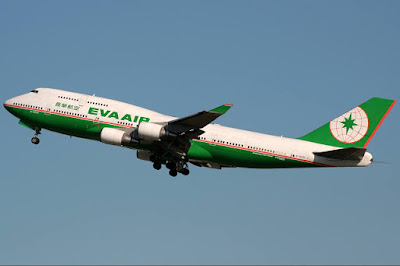 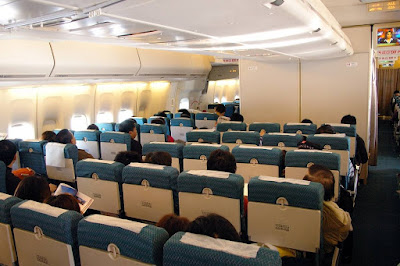 The former Evergreen Deluxe class was sold as part of Economy Class, so that means you can enjoy the best seats on the first come first serve basis. 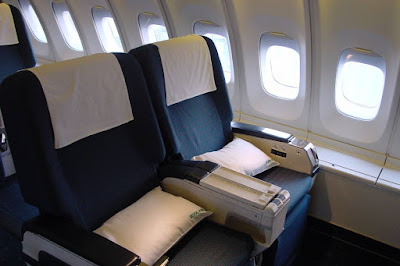 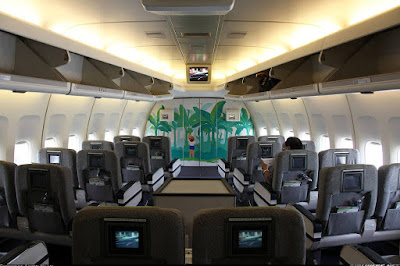 This time, I didn't have to wake up so early, unlike the previous time. I woke up at 5am, packed my things and got ready by 545am. There are a few options for me to get to the airport. The taxi which was out of the question, taking the bus would take an hour or so or the express train to Taoyuan station and the chance for a bus to the airport. I decided to choose the latter even though it was tiring but the advantage was I get to check-in at Taoyuan station instead of the airport. I do hope that the HSR (High-Speed Railway) would be extended to the airport for convenience sake.

Once I reached the airport, I had some time left, I decided to walk around and got myself some barbeque pork buns (Char Siew Baos) for my breakfast at the nearby cafe. When the time was closer, I headed to my gate C8 where my aircraft was. Originally it was B16409, then when I went to walk for a while before returning, it was a B16405 that was in its place. I was absolutely delighted as I had not flown on B-16405. This meant that I had flown 3 out of 4 747 Combi in EVA Air's fleet, great! I did some plane spotting until boarding started. Was I feeling sad about leaving Taiwan? Yeah, I was! It was a great place to relax and eat. Not to mention cheaper too. I had a great time with fellow friends such as Kenny, Katharine, Chloe, Winston and Jill! If you guys are reading this, thank you so much!

This flight was full, not surprisingly as TPE-KUL was not a daily flight and since the day before wasn't operating and it was a Saturday, a healthy load for EVA Air on this flight was expected. Anyway, we were delayed for 15 minutes due to some cargo which was being loaded at the back of the aircraft. (Combi = A mix configuration of passenger and cargo on the lower deck)Didn't mind at all, the cabin crews on this flight were great. They were smiling and more importantly courteous to every passenger, much better from the previous set of crews.

Soon, the Captain which was informative throughout the flight (Thumbs up), announced our departure and we started pushing back and the 4 GE engines were started up quickly. Our flight duration was 4 hrs and 8 minutes and we would arrive there early despite departing late due to the favourable tailwind. Our plane taxied to runway 32R for a powerful takeoff to KUL! The flight was a bit bumpy at times, but what was more important is the inflight experience. I found it to be my liking and mind you I tend to be a bit tough when it comes to rating the inflight service. The crews were lively and helpful when food was served. Walking around the Economy class section was not a problem for them and one of them gave me some playing cards and even wanted to take a photo of me after knowing that I am an aviation enthusiast. :)

The flight passed by fast! I bought myself a plane model, wanted to get the B-16331, but that model was only available on my HK flight!

Here is the photo of my model 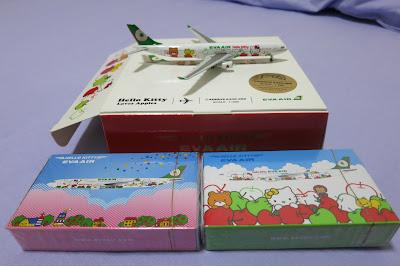 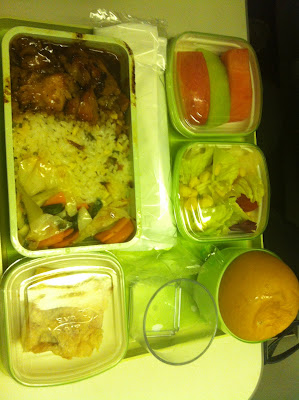 I was quite hungry at that point in time and it didn't taste too bad. Ate the whole thing within 15 minutes I think.


After the meal tray was cleared, I tried to get some sleep but to no avail. So I decided to take out my Ipad and watch some movies on it. The entertainment system, I still have no idea how to use, doesn't matter anyway. My Ipad proves to be the most useful when there is a lack of entertainment. Just before reaching Malaysia, the ride got quite bumpy, seatbelt signs came on and off a few times before finally got some smooth air while approaching KUL.

The landing was smooth and we touched down before we knew it. The 4 hrs 8 mins flight passed by very quickly and soon we made our way to our gate C32, I suspect this gate is exclusively for EVA Air, I may be wrong though.

I am quite happy with the inflight service and hope that the airline would continue to buck up on this area. Apart from the 747 Combi, the other aircraft have decent Y class product, but I can't say the same about the J class. Would I recommend this airline to others to fly on? Why not? I think if the airfare is reasonable, give it a try. Hope you get a good set of the crew though.