Welcome to my old trip report on Japan airlines!

I would like to share my best flight experiences with you. This trip report happened in 2005 and I will fill in as many details as possible. Photos are all from airliners.net and credits goes out to all the photographers mentioned.

I tried looking for my photos but to no avail. Nevertheless, do enjoy the report!

My flights with JAL were:

Planes I flew on 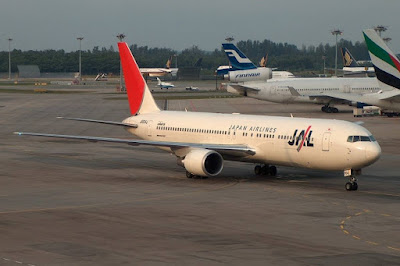 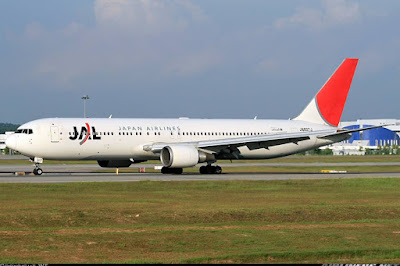 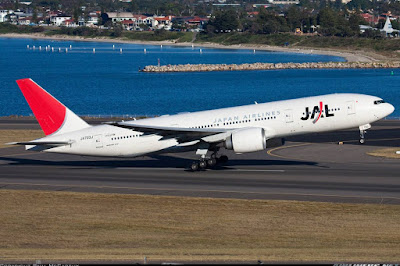 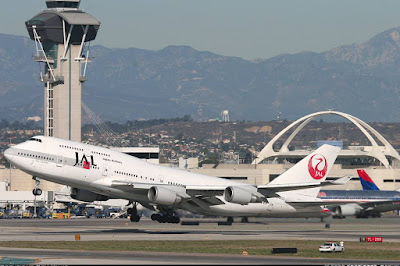 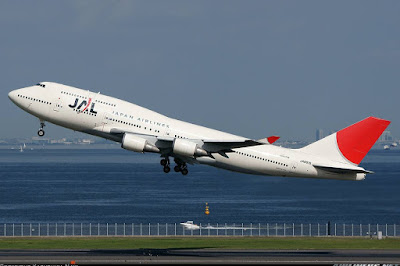 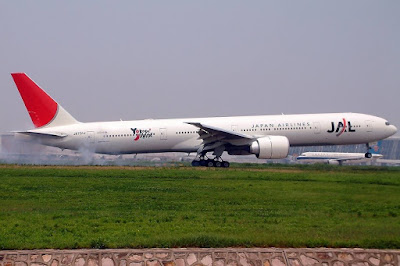 My trip on the SIN-KUL-SIN with JAL's 767-300ER happened in 2004 and the airline ceased this route a few years after.

At that time, I wanted to fly on JAL's MD-11. However, I kept delaying until it was too late. The MD-11s were gone and it was one of my most regrettable moments. Japan Airlines ordered B767 and B777s to replace the MD-11s and I knew I had to ride on them at least. If I am not wrong, I paid about S$200+ for the return ticket. Anyway, the MD-11s were converted to freighters and sold to UPS. 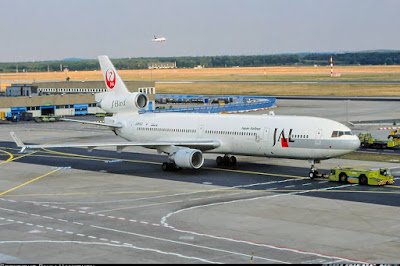 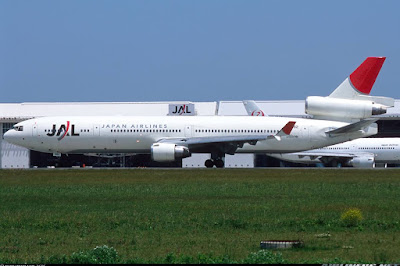 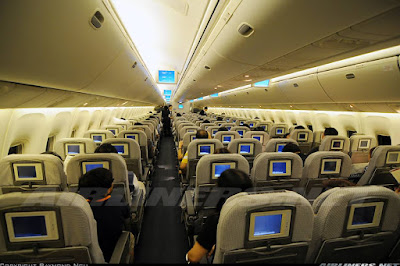 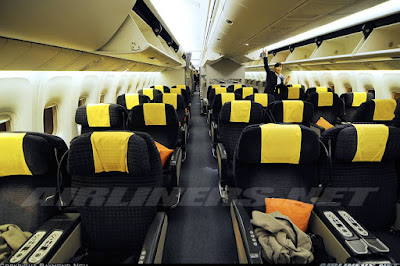 The seats were comfortable and so was the legroom space. I was quite pleased with the '777' style interior; made you feel right at home. If I were to fly to Osaka on this aircraft, I would definitely have no problem. As this was a short flight, I didn't make use of the PTV, and in fact, I don't think it was on. The service on both flights is excellent. The crews were professional and friendly. Service, in my opinion, is absolutely top-notch.

My cousin, Cheryl was to have her wedding in June 2005 in Eindhoven. This meant that I had an option whether to go to Europe. My mum didn't go in the end due to work commitment, so I went alone. I was deciding on which airlines to take and in the end, it was a no brainer to choose Japan Airlines. Why? At that time, they were one of the first to fly the brand new Japan Airlines's Boeing 777-300ER, that meant that JL719/JL710 were chosen for SIN-NRT-SIN sectors and JL411/JL412 were operated by Boeing 747-400. 77W and 744 combos, you can't ask for more. There were relatives of mine, questioned me why was I flying the long way, even the staff counter at the airport told me that I should be flying on SQ instead. I did explain to them my interest in aviation. Some got it, while others were still wondering. Who cares?

On the actual day itself, I went to terminal 1 to check-in. (At that time JAL was operated from this terminal.) I had a check of my aircraft registration. I looked at the registration, JA703J. I was disappointed that my aircraft was downsized! Later on, I did send an email to JAL about it and they told it was due to the maintenance issue of one of the 77Ws. The manager was very nice to have explained the operation changes and assured me that my flight was to be still operated by 77W! Kudos to him! 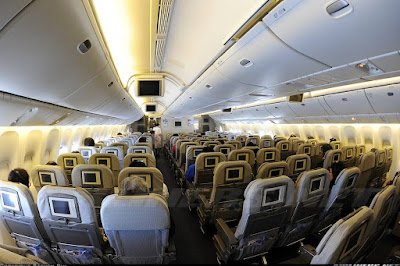 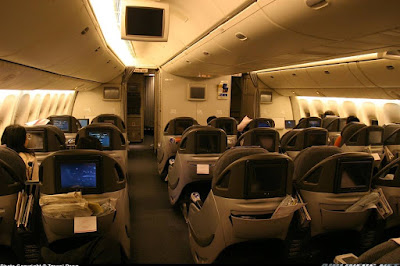 It was a comfortable flight, seats similar to JL's 767 was good. I did manage to get some sleep as it was a night flight. I did make use of the PTV system and of course, its outdated to today's system, but still efficient to me. Service was impeccable and I thoroughly enjoyed the flight. The disappointment of not flying the 77W at that point of time went out of my head. Flight time was about 7 hrs and not before long, the plane landed at NRT. The flight was a bit bumpy especially towards the arrival.

Once I disembarked from the aircraft, I went to the transfer counter to get my boarding pass to AMS. Great service from the Japanese staffs as usual and not knowing on my next flight, I would be on the upper deck (JA8902). Apparently, some of JL's 744 had Y class on the upper deck. Absolutely delighted, I chose the window seat not too far from the staircase.


Some Boeing 747-400 have Economy Class on the upper deck and I was lucky to get it on my flight to AMS. These Boeing 747-400 aircraft used to operate for the airline and was configured in 3 classes: Economy, Business and First class 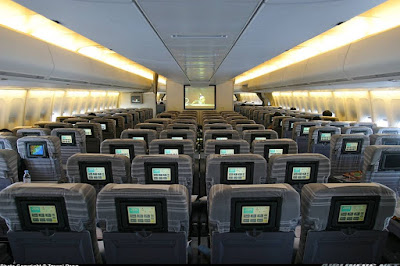 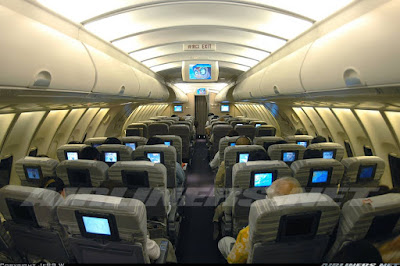 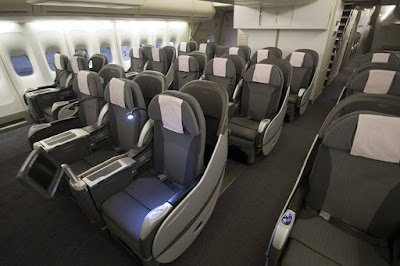 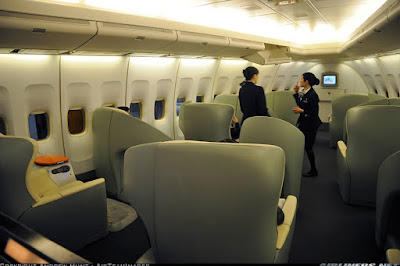 The flight was about 12 hrs. It was a smooth flight to Amsterdam, another great service from the crew. I can't remember anything they did wrong. The crew were friendly and warm, I had a great chat with most of them. I remembered walking around the economy class, taking photos of the cabin. I even got the map of the 747's routing, given by a crew. Its a pity I can't find it now. Anyway, these seats were a bit harder than the 767/777, but it was still ok for me. Legroom space was tight, but I was lucky not to have anyone sitting beside me, I had the row for myself. The flight itself was about 80% full for Y class.

On leaving AMS, I checked out my aircraft, it was JA8910 that was taking me home. Apparently, this aircraft was in a different configuration, the upper deck was business class, so I had to settle for the lower cabin. This flight was full, I didn't remember seeing many seats. Service on board was the same as usual as the before and this time I remembered chatting with a German crew. I was surprised as I thought the airline only hired locals. After the flight, I managed to get a cockpit visit and signatures from the set of crews. Another great flight with this airline. With the last leg to go, I was really looking forward to it, and the 777-300ER too.

It was kind of emotional for me, I didn't really feel like heading home but at the same time, I wanted to fly on the 77W. I went to my gate and waited for my plane to turn up. There she was, JA731J, the first in its fleet was to fly me home. Naturally, I was absolutely delighted. 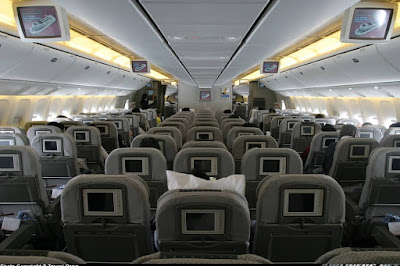 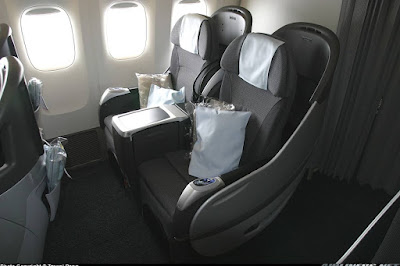 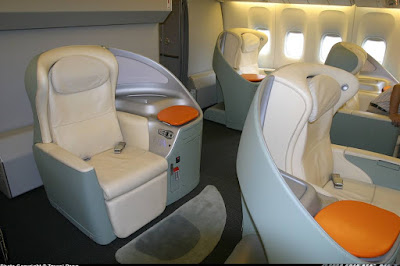 I remembered how shocked I was when the engine started up, it was quite loud. Anyway, from the experience I remembered, I preferred the 77W over the 773 for the design of the aircraft, and it was more powerful too. The noise level of the takeoff and cruising seemed louder than other aircraft, but it was quite comfortable and once again the JAL's service impressed me. I did remember the flight was quite bumpy as the seat belt came on and off a few times.

Now, the airline is in this livery. Cabin products have been updated so what you see in this trip report is its old products. Will I fly with this airline soon? Yes but only if the price is right. 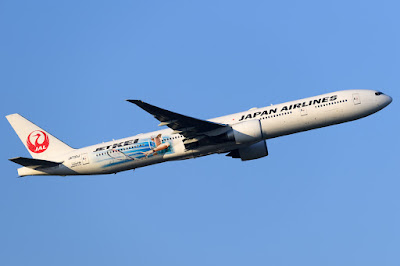 I had a great flight experience in 2005 with Japan Airlines. The airline has hit some financial problems and had to seek bankruptcy protection. Fortunately, the airline had overcome its problems by restructuring its management and fleet. Currently, operating a fleet of Boeing aircraft consisting of 737,767,777 and 787. The MD-90, Airbus A300, DC-10, MD-11 and Boeing 747-400 may have retired quite some time ago, but we must not forget how they played a part in JAL's history. The Airbus A300 and MD-90s were from Japan Air System.

I would recommend this airline. If you do fly with this airline, do share with me your experience.

Thank you very much for reading my trip report.