I hope you enjoyed my first part, as this trip report was done in 2009. I would try to update as much information as I can on this report. Photos are from airliners.net and of course credit goes to the respective photographers!

Photos of my aircraft! (Like A6-BAB, this aircraft is now painted in the Oneworld livery - July 2014) 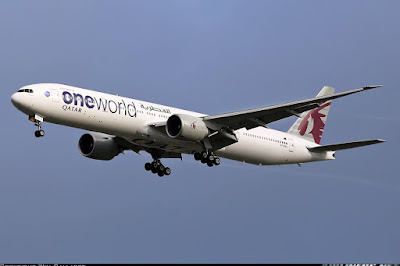 A7-BAA in the airline's livery 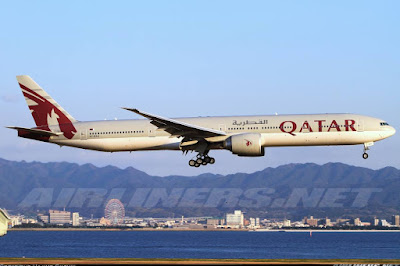 (Sorry for the lack of photos)

My stay in Jakarta was short, as my main purpose was to try out Qatar and do some plane spotting. My friend was supposed to meet up with me, but he had to make a business trip elsewhere, so I was left alone to do the spotting.

I checked out of the hotel at 1120, I made my way to the domestic terminal. It was chaos with lots of people hanging around everywhere, and some were sleeping along the passage leading to the viewing deck. There were around 5 viewing decks which you can see different airlines like Batavia, Lion Airlines, Srivajava and the cargo planes! The photography was not easy as I had to use my 75-300mm lens and poke in between the holes just to take photos. I managed to catch the 737-200s of Srivajava and Lion Airlines's Boeing 737-900ER Dreamliner livery!

After spotting for 3-4 hours, I made my way to the international terminal. On my way, I realized that my camera bag with camera and passport was missing, and I realized I left it on a bench in a cafe. I ran back as fast as possible and fortunately for me, it was still there! How careless I was, being furious with myself for that short period of time. After that episode, I took the free shuttle to the international terminal which was quite a distance away from the domestic. Jakarta Airport Authorities can certainly upgrade their facilities!

Anyway, I spend the next 2 hours resting before checking in. I made my way to the lounge and had dinner there, catching the Arsenal vs Tottenham game before making my way to the gate. 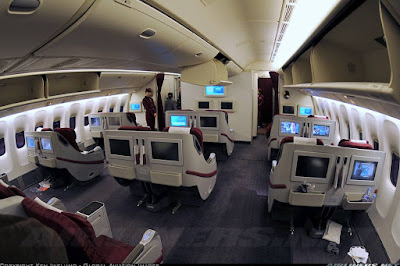 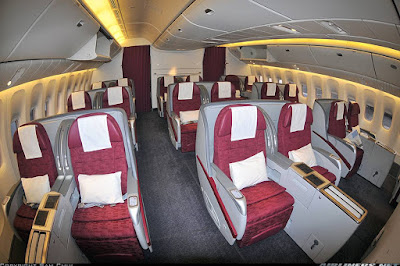 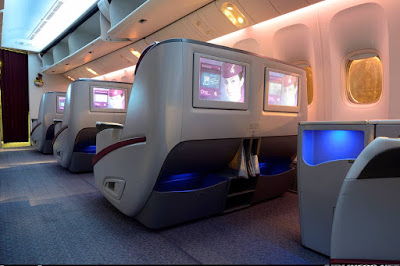 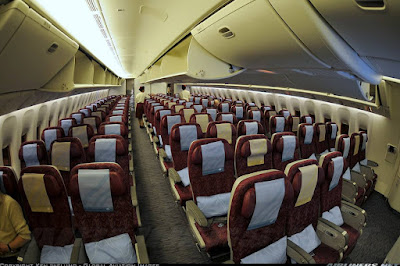 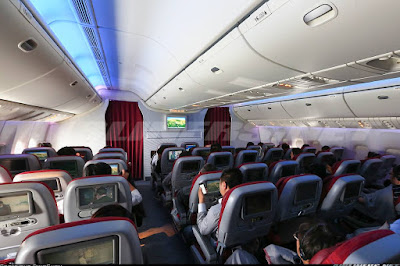 I was hoping to experience better service on this return flight but was once again disappointed.

When I reached my seat, I quickly settled down and took some photos. Once again, I asked for champaign which came, this time with some smiles. Once again, a few black sheep (crew) on board. Those 2 had no smiles on their faces and didn't seem happy to see me. Later on, I requested for some postcards of QR's fleet from one of them, and he said would get back to me later on, but only did so when I was leaving the plane.

As for the in-flight meal, I had a choice between Chicken and Seafood, I chose the chicken. The Chicken tasted better than my previous meal 'Nasi Lamek', but once again the side dish contains Sushi. A weird combination if you ask me.

I had a good chat with Miss Chng, a Malaysia crew after the meal, about Qatar and her future. To be honest, she and another crew were the only approachable crew. According to her, the airline will stop flying to Jakarta via Singapore but instead fly to DPS, that's an interesting move. Judging from the load, their economy class load to CGK seems healthy, but I understand from their point of view as this route is simply too competitive.

I like the product offered by Qatar Airways, business class seats are comfortable for my liking. However, with the service that I had experienced, I wasn't sure whether I would fly with the airline on J class again. I need to fly the Y class to experience for myself. I have plans to fly the airline's Boeing 787 and Airbus A380 in the near future, so by then, I would do another write up on this airline.

Thank you for reading this trip report! Please feel free to ask me any questions.