Flying the Defunct Spanair from MAD to BCN (Part 1)

Welcome to my trip report on Spanair!

*Photos are credited to the respective photographers from Jetphotos and Airliners.net

When we flew with this airline, we knew that the airline was struggling financially. Operating a mixed fleet of MD80s and A320s and we could see why! MD80s are enjoyable to fly on but they were costing the airline quite a bit of money especially for maintenance and fuel cost. As much as I enjoy flying them, I felt that the airline should reduce its fleet to one type to save cost. However, on this trip, I won't be complaining at all. As an aviation enthusiast, I just want to get that aircraft type to add into my flight logbook.

Unfortunately for us, our outbound flight from Madrid was changed to the very common type - Airbus A320 so without any choices we flew on it, it was disappointing.

Credit goes to the respective photographers.

My very first ride on an aircraft with the alliance livery. 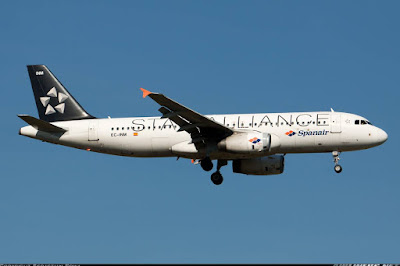 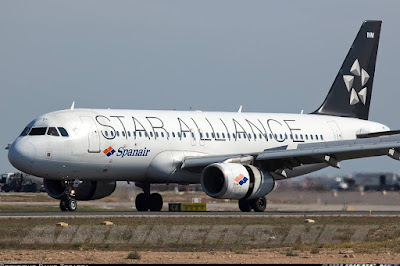 My photo of this aircraft taken at Barcelona Airport. 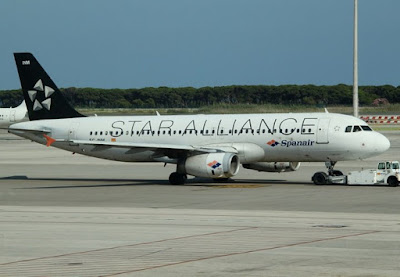 Booking online was easy, and I had no problem with the website. The interface was smooth and what was more important for us was the aircraft type listed beside the flight details, making it easier for us to choose our preferred. Of course, we chose the MD-82 and MD-87 flights. Later on, our originally scheduled MD-82 flight was changed to A320 and this is what you called "JK-ed". Fortunately the return flight, we got our MD-87.

We headed to the airport early to do some spotting. As this aircraft was based in Madrid, we were not able to use flightradar24 to check our scheduled aircraft. The only to know is to find out at the check-in counter.

Once we were there, we were advised to use the self-check-in kiosk. Doing that wasn't a problem, the problem for us when we saw the seat configuration of 3-3, then we knew we were indeed on an A320. MD80's seat configuration is either 2-3 or 3-2. Disappointedly, both of us picked a window seat near the rear.

After that, we went around the airport snapping photos of the interior before making our way to the gate. 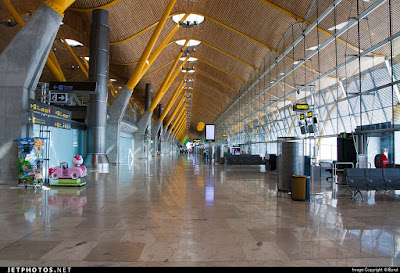 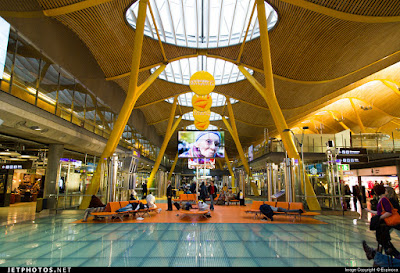 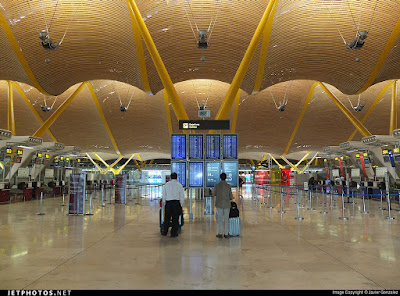 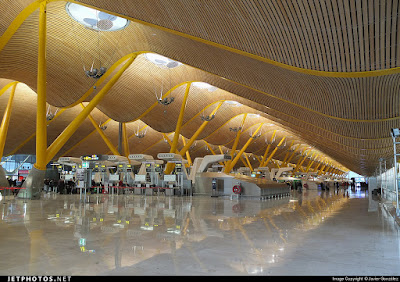 When I got to my seat, a mother and her daughter were sitting at my seat and the one beside it. I tried looking for another window seat but the rest were taken. At that point, I was wondering what should I do? Should I ask for my seat? I decided not to, in the end, I took the aisle seat which later on after the flight I regretted.

The seat pitch was very tight and we only realised that the airline was Low Cost came around to sell the in-flight meals and drinks. Few bought them and we decided to save our money for breakfast in Barcelona later. I was wondering since this airline was code-sharing with Singapore Airlines, how would those passengers on SQ feel when they are on board this airline. 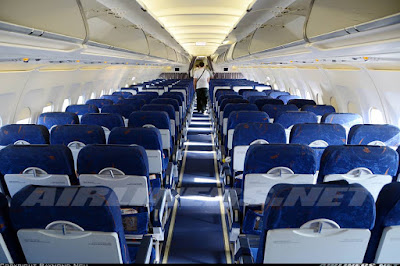 The back view of me exiting the aircraft.

At least there is a drop-down screen to watch while the flight went passed. 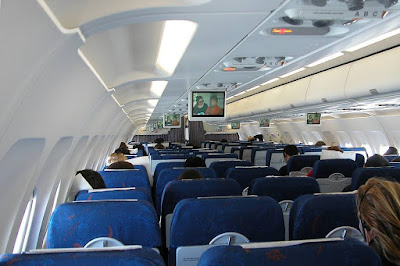 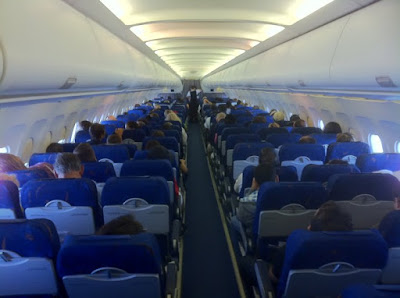 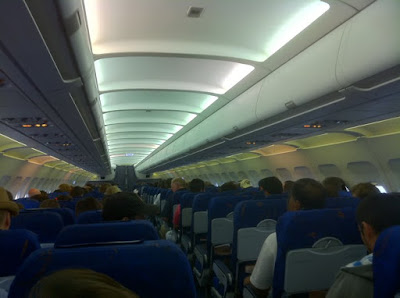 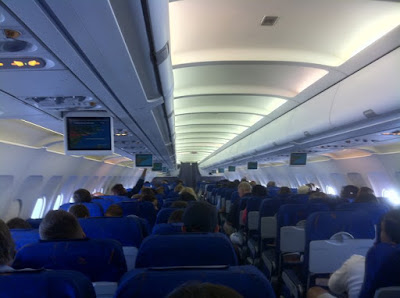 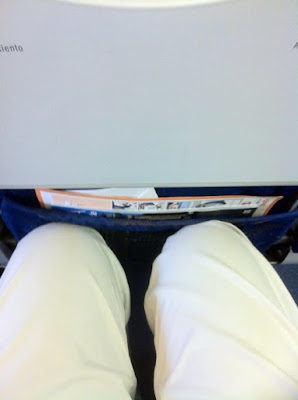 The flight was a bit turbulent especially leaving Madrid, but nothing bad. The service was almost non-existence, similar to my flight experience with Lion Airlines. Food and Beverages were not free so for star alliance code-share flights, the passengers transferring from those flights would not be happy to know about this.

Despite the disappointment, Raymond and I had fun exploring Barcelona during the day. We were to return to Madrid in the evening for the return flight, and did we get our MD-87? Check out in this trip report.

Thank you for reading.